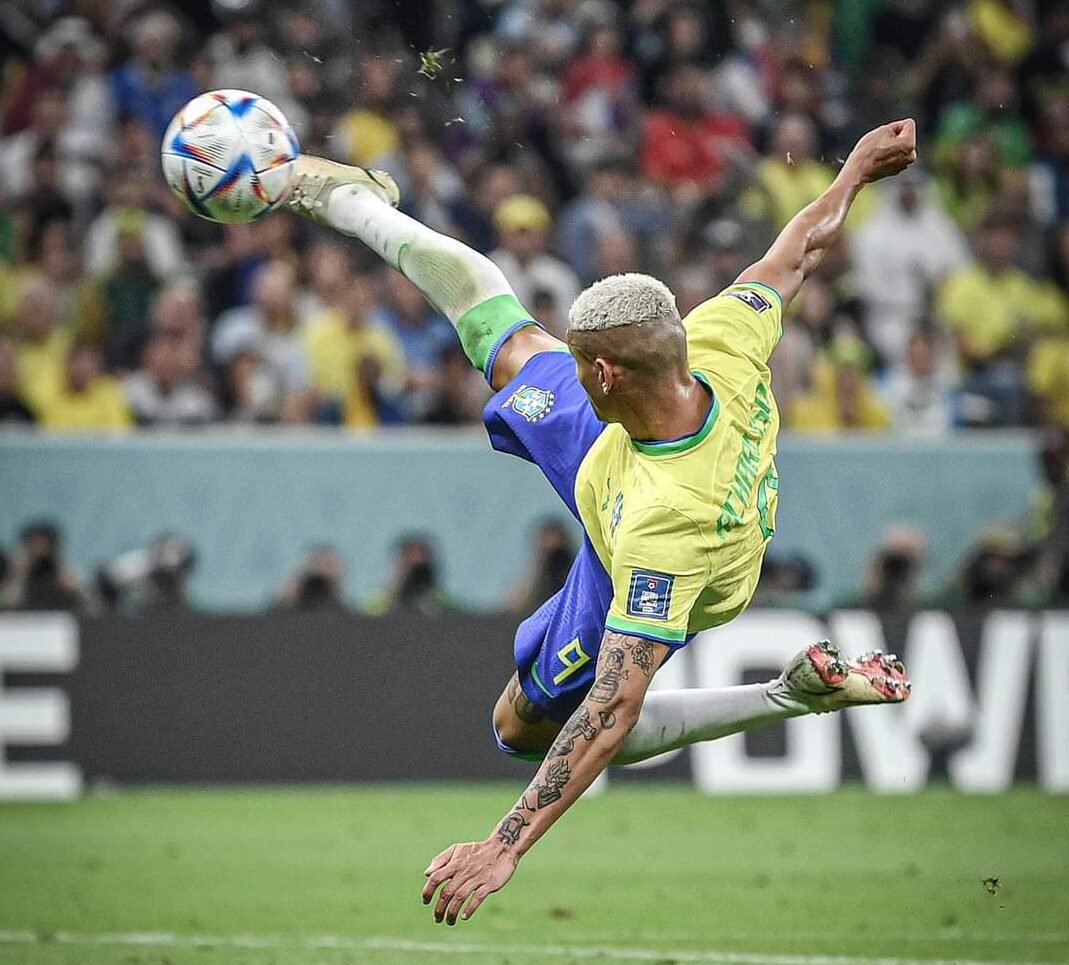 Richarlison ignited the World Cup with a flash of brilliance from Brazil as the tournament favorites overcame Serbia’s obstinate resistance to claim a stunning victory in order to kick off their campaign.

Meanwhile, before that, the Samba boys of Brazil had to play a patient game to break down an organized Serbian rearguard.

Richarlison’s defining moment occurred 11 minutes later when he initially botched up a Vinicius ball but superbly recovered to take the aerial route and score an incredible right-foot finish.

As a matter of fact, Brazil, supported by their throngs of yellow-clad fans, dominated the match from start to finish.

Meanwhile, Alex Sandro and Casemiro both hit the post, while Milinkovic-Savic made an outstanding save from Fred.

Brazil’s performance, as well as the sight of Gabriel Jesus, Antony, and Gabriel Martinelli coming off the bench in a potent display of squad strength, seem to intimidate their Serbian opponents a lot.

Sadly enough, there was also the unsettling image of Neymar leaving the game after suffering an ankle injury.

You can watch Richarlison’s stunning goal below:

Share with Friends:
Related Topics:Brazil vs SerbiaFeaturedRicharlisonRicharlison Scores An incredible Volley
Up Next