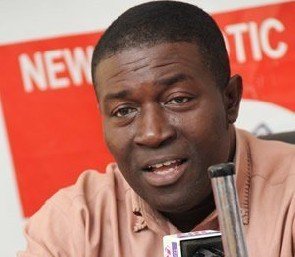 Although many have lauded President Akufo-Addo for the restoration of peace in Dagbon in the Northern Region, the Managing Director of the State Transport Company (STC) Nana Akomea has charged the head of state to extend the act to the Ga community.

Similar to the unrest in the now peaceful Dagbon, the Ga State, has for the past 14 years, been entrenched in disputes about the true heir of the Ga Mantse stool.

This has thrown the Ga Traditional Council in a state of worry and the dispute has resulted in the retarding development of the Ga state.

According to the former Communications Director of the governing New Patriotic Party (NPP), despite the year starting on a positive note for the government, he hopes that President Akufo-Addo will “bring the considerable weight of the presidency to help resolve the long stalemate over a Ga Mantse for Accra.”

In a Facebook update, he added that having one King to rule the Ga State is a “great yearning for the Ga people.”

“The year 2019 has started on some very positive notes. The iconic Ashanti Gold fields in Obuasi has been reopened after some 4 years of closure.

A new Ya Naa for Dagbon has been installed after almost two decades of stalemate.

I pray president Akufo-Addo will next bring the considerable weight of the presidency to help resolve the long stalemate over a Ga Mantse for Accra. So we can have one Ga Mantse in Accra, a great yearning for the Ga people. 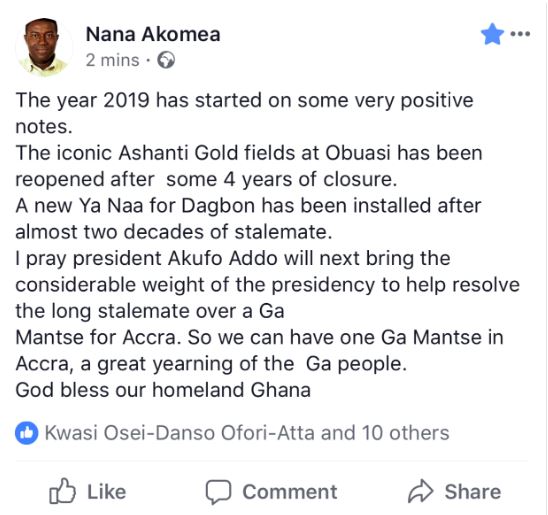 Education Reforms and Usefulness For The Future

I will reward both competence and loyalty – Joshua Alabi