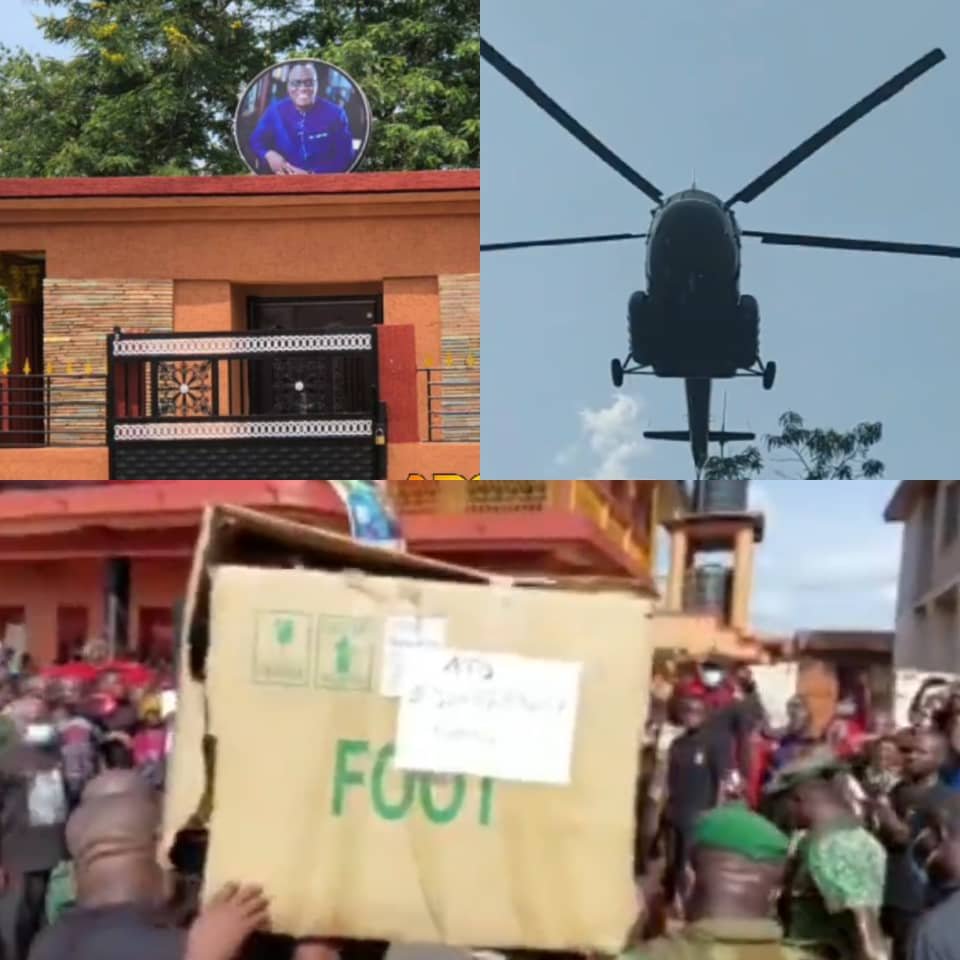 Sir John’s remains arrived in his hometown on Wednesday, June 2, 2021, ahead of his burial and final funeral rites on Thursday, June 3, 2021.

His body was conveyed in a helicopter to Sakra Wonoo. the helicopter carrying Sir John’s body is seen hovering over the town.

Moments after the helicopter landed, a long convoy of vehicles including a hearse went to pick the casket containing Sir John’s remains.

When the convoy arrived at Sir John’s family house, there were loads of mourners waiting in front of the house.

Many of the mourners were left in tears. Some men including military personnel carried the casket into the house.

A video sighted by online show a group of men carrying the remains in a what looks like a casket.

The video of Sir John’s remains being carried in a helicopter has stirred many reactions on social media.

One of such sad moments that have broken hearts online was when the son of the late politician was seen crying as he prepared to bury his dad.

Sir John’s son was seen wearing a branded t-shirt with his dad’s picture in it as he watched his mortal remains being conveyed from the hearse.

The solemn moment struck a chord with the politician’s son as he broke down in tears all of a sudden and had to be consoled by a security personnel.

The young man was seen standing with his arms folded as he watched on while some people brought out his dad’s coffin from the hearse.

The family home of the Sakrawo-noo indigene was flooded with people from the town who had come to mourn their prominent son.

Administrative Officer(Contracts Management) at Department of Office Of The Premier