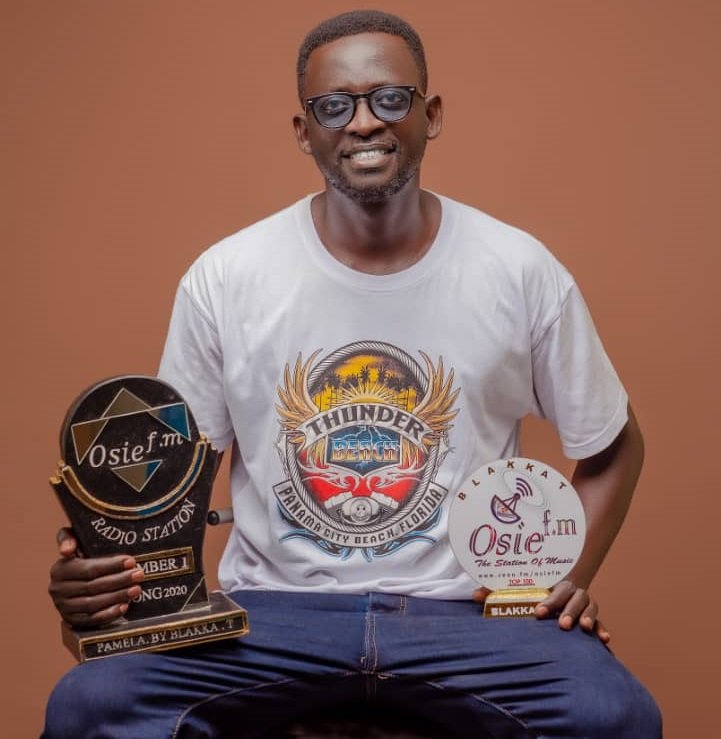 Mbilla Lazarus, but preferred to be called Blacka Tee is a Ghanaian Reggae/Dance-hall Artiste  born on the 4th of May  in Bawku –Sabonzongo around 12.00am to Mr Guy Williams Mbilla, a carpenter and Mrs. Mbilla Akumbo Rebecca, a pito (local beer brewed from millet) brewer both in Bawku.

Black Teacher was later on vocabularized Black “A T” by the Fire Blaze Entertainment crew in Bolga. He hails from Atuba, a village in the Binduri District in the Upper East Region. 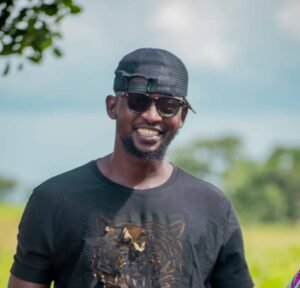 He met Abdul-Aziz, a class mate, who brought songs of C.J.Lewis, Shaggy, Shaba Ranks but could not sing them, instead, Blacka Tee did justice to it and this was during Junior High School days.

He then proceeded to Bawku Senior High school and in August 1999 had an encounter with a Northern Reggae Icon Sheriff Ghale, who impacted his life by taking him to Picorna Gardens Hotel to perform. He performed before an audience of five hundred to six hundred with an instrumental from Chaka Demus and Pliers hit song ‘Murder she wrote’.

After all these years, it further became serious when he met with Vicious Fyah (now in Canada) who gave him more exposure on how to speak and slang the Jamaican Language ‘patois lingual’. Vicious Fyah was also a school and a dormitory mate at the Bawku senior high school.

He had his first demo recording with the Fire Blaze Entertainment in Bolga. (Fire blaze Evans). The first demo was financially cared for by Hon. David Adoliba.

Blacka Tee in those days did a song called ‘Them words’ with one good friend Edgar (Ras Matas). Then he came out with “my message” a tune that received massive applauds and air play on some radio stations in Bolga.

Finally to come to the lime light, he was discovered and introduced to the world and entertainment industries by his manager Ras Cumbolo, a reggae presenter and a fan of reggae dancehall music in the year 2009 during a celebration in the Bawku municipality’s yearly program namely ‘samanpiid’ of the Kusaug  in Upper East Region.

It was a session of the program called Miss ‘samanpiid’ where his manager was playing the role as an MC for the program. After the celebration, and his performance, contacts were established.

On the performance: he shared the stage with Upper East finest female gospel icon Lydia Ayiiga and the crowd loved his performance. The year 2010 rolled over and Miss Samanpiid had to be celebrated again and BlackaTee was billed to perform and again his manager was the Mc for the program. 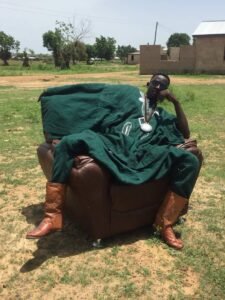 His manager, Ras Cumbolo, who is a reggae dancehall enthusiast and a presenter himself left the radio presentation scene for some time and in 2011 a doctor by name Francis Adam Asaana established a radio station named Quality fm in Garu, where his manager’s services was needed for the reggae department and the reggae slot. Blacka’s manager continued to give him massive air play and interviews on the show “Roots Rock Reggae” and made contact in Jamaica for him through their Jamaican link Hitman Wale Nemb-hard, a musician and producer who made sure Blacka’s tune were played on five different radio stations in Jamaica. The tune”Pedicure Medicure” was the first tune to receive massive international air play.

As Blacka Tee continued writing and composing songs, his manager granted several interviews to hype him more and exposed him to his people. The manager started grooming, directing and advising him on how to handle himself in public.

Black Tee for some time nearly let go this talent but his manager made him understood that reggae dancehall is a serious thing in Ghana’s entertainment industry. From then onwards, he realised that it is his life and it could put food on the table to feed him and his family when he gets a break through.

As a child, he grew up to hear his father, a carpenter, play tunes of Bob Marley, Johnny Nash and local musicians like Solomon Awini, Francis Obey and a whole lot of talented local musicians.

His family dreamed of him becoming a soldier in the army because of his size and height but he knew his God gifted talent, so he wanted to concentrate on his singing. Like stated in the beginning, his mother Mrs. Rebecca Akumbo Mbilla who hails from Atuba has the same trade as Ghana’s dancehall prince Samini Dagaati’s Mum, who brews pito on daily bases and on special occasions in the Upper East Region.

Management of Blacka Tee handled their link properly with HitmanWalle so well that they reasoned together and made two international collaborated songs The Emperor and Smile Jamaica which received massive airplay in upper east capital Bolga on Super A1 Radio on the programme roots and culture with the famous reggae presenter Ital whose social life goes with his show biz name. Don Raider of Tanga Radio in Bolga also gave him interviews and massive airplay on the programme jamrock.

In 2017 at a reggae and poetry night program in honour of the legend Bob Marley, Blacka Tee met one Emmanuel Mensah who was transferred to Bawku in the Upper East Region to work. They developed a relationship quickly and he joined Black’s management team. Gradually things started picking up again and the video for his hit single “Sorrow free” with instrumental from the reggae fest riddim was shot and release and the response was massive. He also released other reggae and dancehall songs with Generator riddim from South Africa’s Back ah Yaad Studio (swiss jam records) in Johannesburg.

He also did a song called “ready” from the attitude riddim produced by Brainy Beats from the High Grade Family in Ghana.

Blacka Tee is currently working on a video shoot with Hitman Walle from their “Emperor” song which has recently received huge attention again in Jamaica.