Questions, More Questions; But Who Is In Charge Of The Ongoing Lawlessness In Ghana?
Advertisement 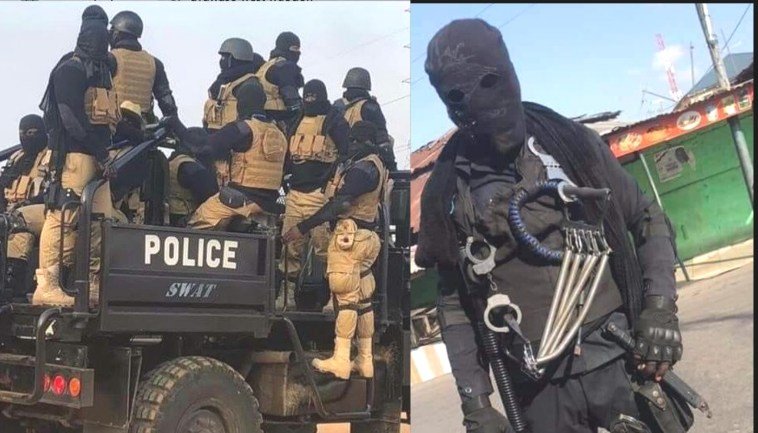 Following the infamous demolition of structures belonging to the Nigerian High Commission on June 20, 2020 in Osu – Ghana, conflicting and confusing reports have emerged and also many questions.

First, the Osu Chiefs claim the property was demolished because it is a private one, not for the Nigerian High Commission.

Meanwhile, the Nigerian High Commission says it is their property.

The Government of Ghana has said it “regrets” the incident. The government, in a statement released by the Foreign Affairs Minister, said what happened “is a breach of the Vienna Convention on Diplomatic Relations (VCDR 1961).”

This means the Government of Ghana agrees with the position of the Nigerian High Commission that it is their property.

So who do we believe? The Osu Chiefs or the Government of Ghana?

Also the Osu chiefs in their statement did not say they went to demolish the property with any court order? In listing the “verbal” engagements they had with owners of the property, they did not mention that they went to court.

Granted that the land is theirs, could they just go and demolish it? Is this legal or lawful? And why would the Osu chiefs have feared any consequences when such illegal demolitions are a norm in Ghana?

Are demolitions of this nature isolated cases or a norm in Ghana? When impunity is institutionalised, why will anyone fear consequences?

Read Also:  I Don't Care If My Children Are Repeated But I'm Not Sending Them To School Soon - Sam George

Who are these armed me? Are they from the state or private security or just an armed band of individuals?

And whose responsibility is it to stop the lawlessness and hooliganism, which is fast becoming a norm in Ghana today?

Even if they were private persons wielding weapons in the capital city, whose responsibility is it to stop it?

And if privately armed people could attack a diplomatic property and do this and get away with it, could they not do it to a state property or agency?

When serial killers targeted and killed women in this country some years back, who was blamed for it?

Why should the president take credit for all the positive things that happen in this country, in the government, public and private sector but should be left out when the negative things happen under his watch.

These people planned, went there and spent some considerable time to undertake the demolition and left without any arrest. Shouldn’t we be worried?

Why then did the government apologise if it didn’t owe the High Commission of Nigeria a duty of care?

Who should we credit when there is peace, orderliness and the rule of law in Ghana or within a particular administration? Who should we hold responsible for the increasing acts of hooliganism or lawlessness threatening the security of Ghana?