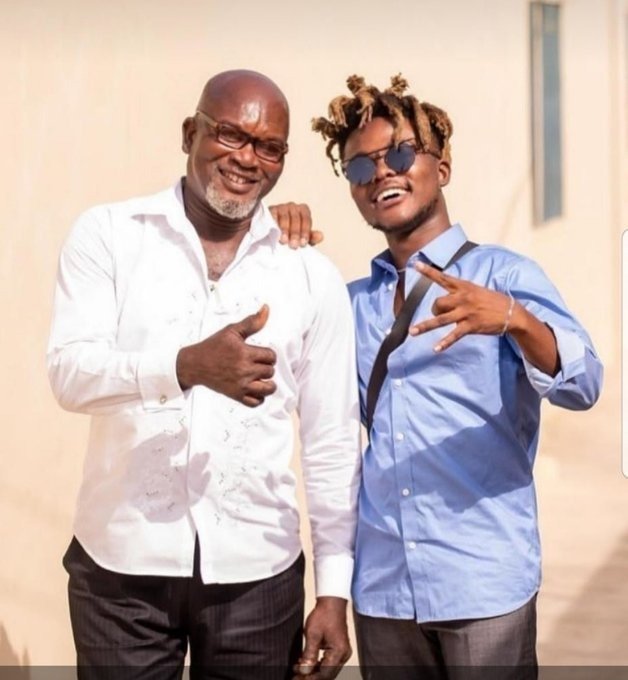 Musician Quamina MP’s worst nightmare has befallen him after he became a victim of a ghastly Akosombo accident Thursday night.

His father, whom he was driving with, is reported to have passed on after initial reports he was in critical condition.

Quamina MP, realising the severity of the accident, knelt in shock as tears trickled down his cheeks.

It took the efforts of some witnesses, who identified the celebrity, to convey his father to the hospital, where he reportedly breathed his last.

Ghanaians have, thus, changed their ‘Pray for Quamina MP’ agenda to pouring out condolence to the artiste who has not yet uttered a word after the accident.