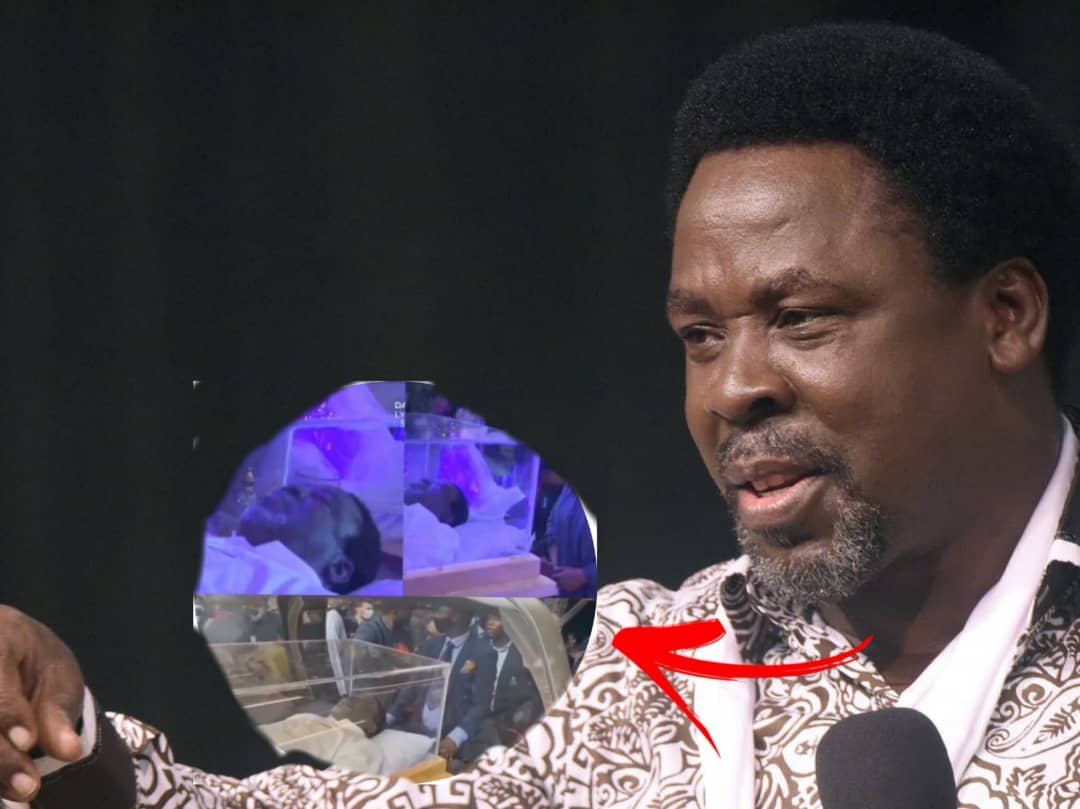 Photos and videos have emerged as the late TB Joshua of Synagogue Church of All Nations was laid to rest on Thursday, July 8.

The event went viral on various social media platforms as people recalled how kind the prophet was while alive.

Photos were posted by Punch Newspaper on their Facebook page.

The funeral activities of the late Prophet TB Joshua began on Monday night, July 5 with candlelight at the SCOAN church premises.

The world and faithful Synagogue Church of All Nations (SCOAN) gathered to part of the activity.

Viral videos going round on social media show the moment the mortal remains of the late prophet arrived at the church entrance.

In the video, the deceased is seen dressed in a white suit lying innocently in his see-through casket.

Members of the SCOAN church gathered around the vehicle which brought the mortal remain while some members were heard weeping and wailing.

Here are details of the burial service 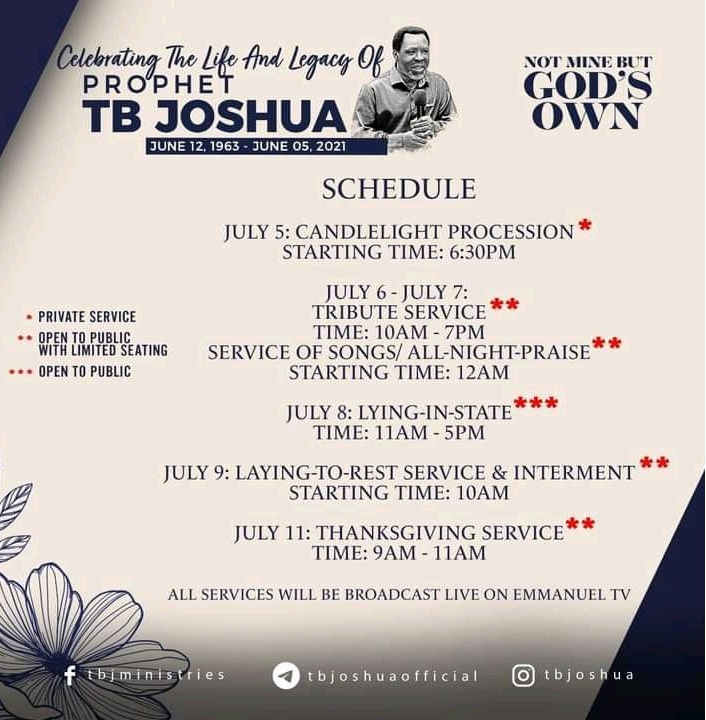 Among the thousands of people who reacted to the service were those who said that the world has really lost a great person.

People whose news of his death hit so hard said they never believed he was gone until they saw the lying-in-state service.

On the night of Saturday, June 5, news surfaced online that, Temitope Balogun Joshua of the Synagogue Church of All Nations (SCOAN), had passed on.

The news which has been confirmed by TB Joshua Ministries on Facebook has left many of his congregants in shock and pain.

NDC’s March For Justice Demo: President Akufo-Addo Is A Dictator, Ghanaian Are Tired – Protesters Cry Out