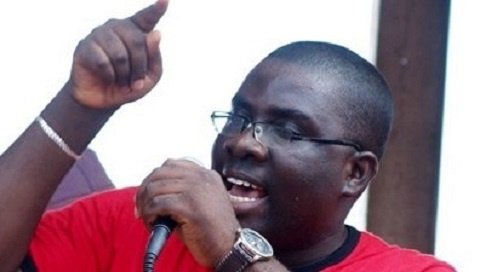 He was of a strong view that the political games politicians play with these sensitive issues destroy the moral fabric of the economy, hence urging people who commit crimes to develop wings.

Read Also:  I snatched ballot papers out of love for NPP – Carlos Ahenkorah

To him, any person who commits a crime should be judged on the content of his or her character and not their affiliations with political parties.

Speaking on Peace FM’s morning show “Kokrokoo” with host Kwame Sefa Kayi, Sammy Awuku lambasted his fellow politicians, stressing that “crime is a crime and should be treated as such devoid of political colorization…if an armed robber comes to attack you in the night, he doesn’t ask you to show your party card. Whether you’re NPP or NDC that does not matter to him. He goes ahead and commits the crime”.

Read Also:  They Want To Put Me Before Court Over Your Legacy Daddy - Zanetor Rawlings

“We shouldn’t let the politicization of crime create a fertile ground for a criminal to perpetuate crime and later clothe his bad deeds with a political party so that depending on which party he aligns himself with, its supporters will defend him with the other side attacking…The government has shown its strength and determination that when you are caught in any crime, even if you are the brother of the President, you will face the full recourse of the law…” he added.

Share with Friends:
Related Topics:Ghana NewsGhana news on the web todayKokrokooKwame Sefa KayiLatest news in GhanaNational Youth Organizer for the New Patriotic PartyNDCNPPSammy Awuku
Up Next