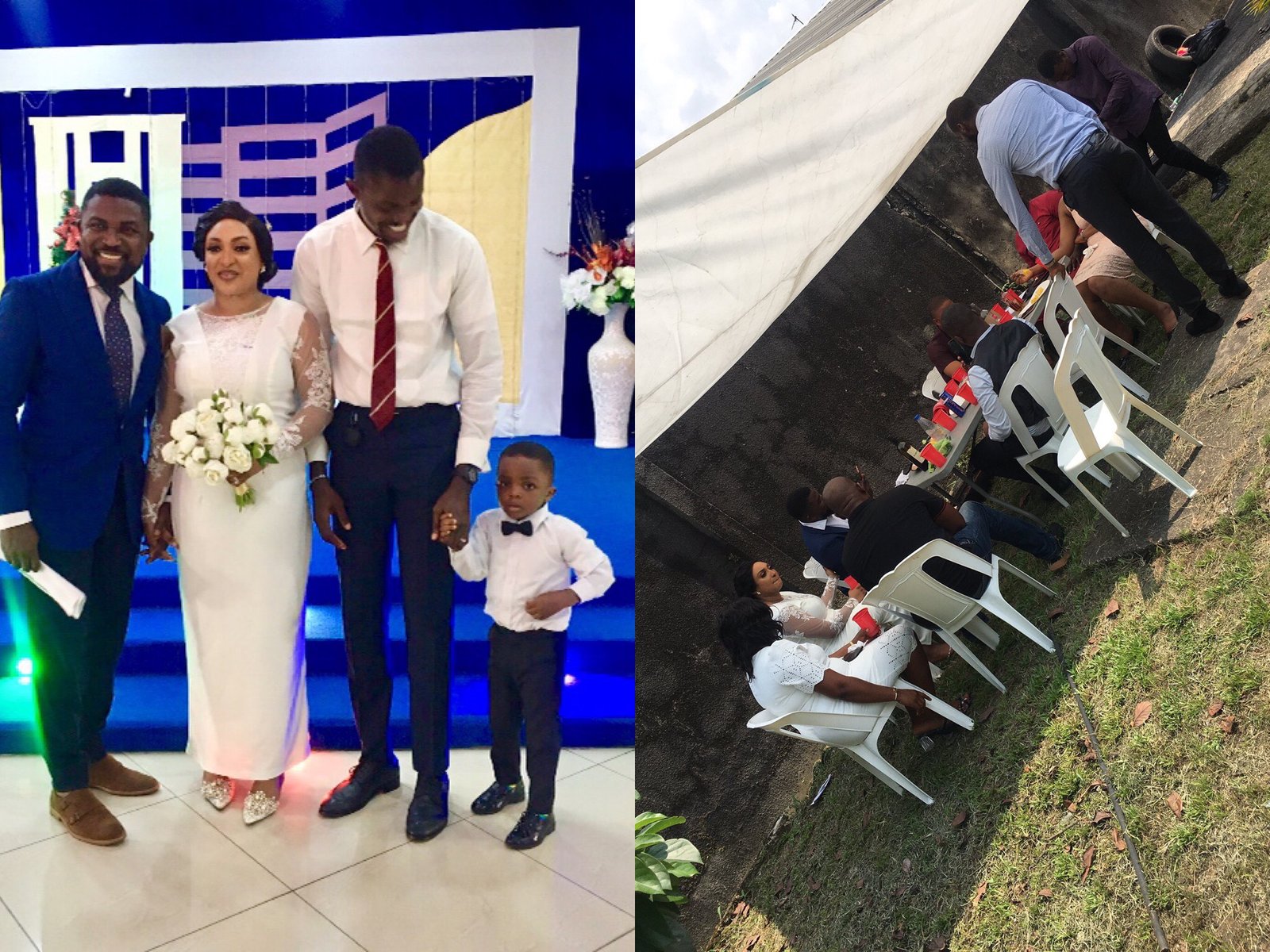 A Nigerian couple got people talking after they held something like a small reception with friends after saying their vows in Port Harcourt.

On Thursday, 24th December, Mr. Alayi who happens to be a friend of the couple shared photos of the church ceremony and the reception held under one canopy with a table.

READ ALSO; Stonebwoy Carries Daughter Jidula on His Back as Son Janam Cries Out of Jealousy [Video]

In the church wedding photo sighted online, only one friend and a little boy were spotted at the scene whereas the small reception saw the presence of not more than seven friends.

Sharing the photos, he captioned;

“The wedding – The reception”

The tweet garnered massive likes and comments from netizens after it went viral, here are some reactions from Nigerians;