Photos: NPP MPs Seen Sleeping In Parliament After Entering Chamber As Early As 4 am Just To NDC MPs Side
Advertisement 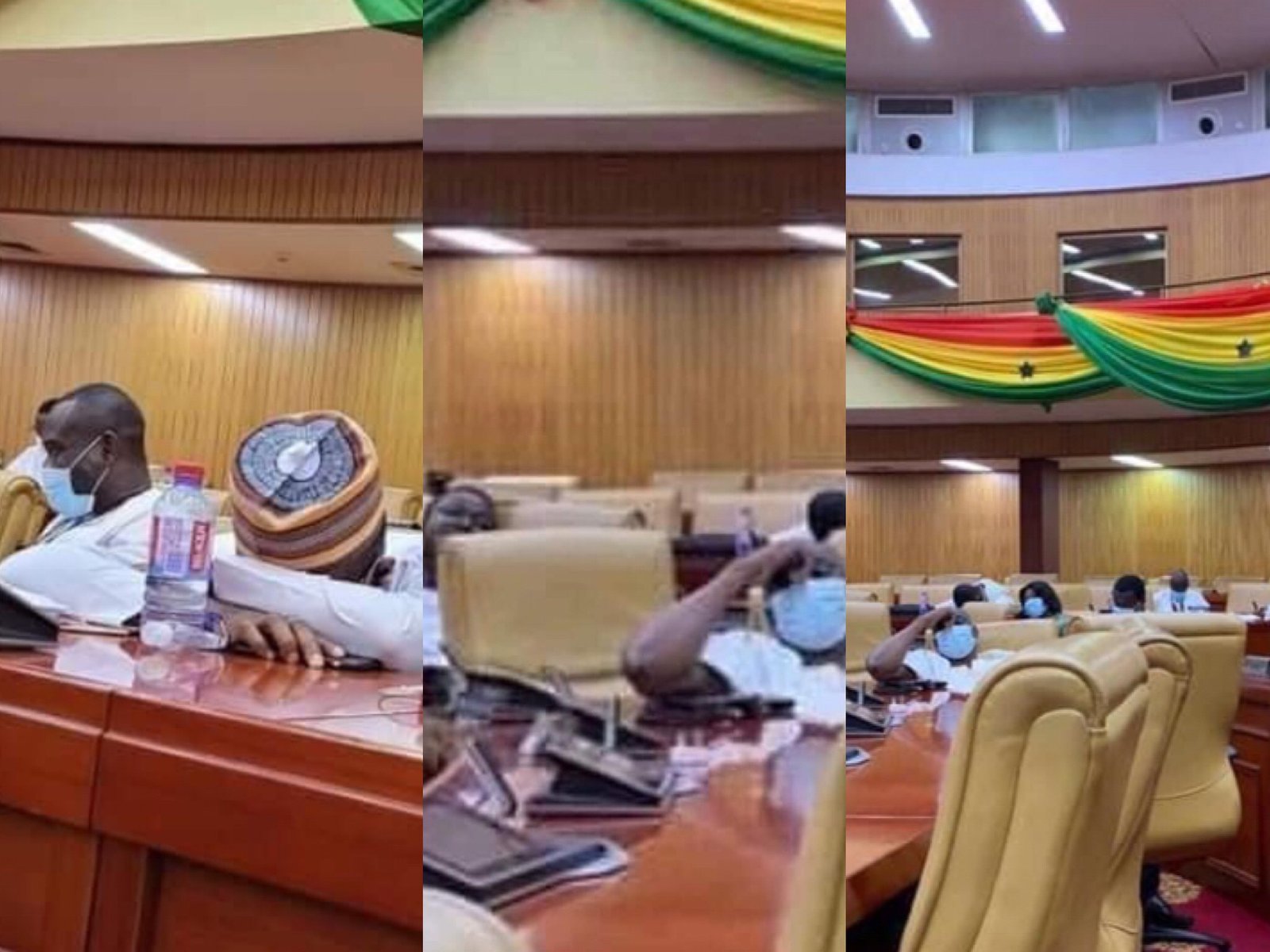 The NPP caucus in Parliament, today, 15th January 2020, entered the chamber of Parliament as early as 4 am to Occupy the right side of the Speaker.

By convention, the right side of the Speaker is designated for the side with the majority of seats.

It will be recalled that during the inauguration of the 8th Parliament last week, the NDC caucus pulled a surprise on their counterparts by entering the Chamber early to occupy the right side of the Speaker.

The NDC, then claimed that they have equal seats with the NPP and therefore could choose to sit anywhere they wanted to.

However, today, it appears the NPP caucus is also eager to get one over their counterparts, entering the Chamber as early as 4 am just to occupy the right side of the Speaker.

READ ALSO; NDC Agrees To Sit At Minority Side Of Parliament Tomorrow; However, They Demand Chairmanship Of 8 Committees

Photos circulating suggest that some of the MPs probably due to a lack of sleep, are already fatigued and are dozing off even though sitting is still far from the beginning.

It is unclear if today’s sitting will also be fraught with drama like the last sitting.

See some photos below;

Some Ghanaians took to social media to react. Check some below; 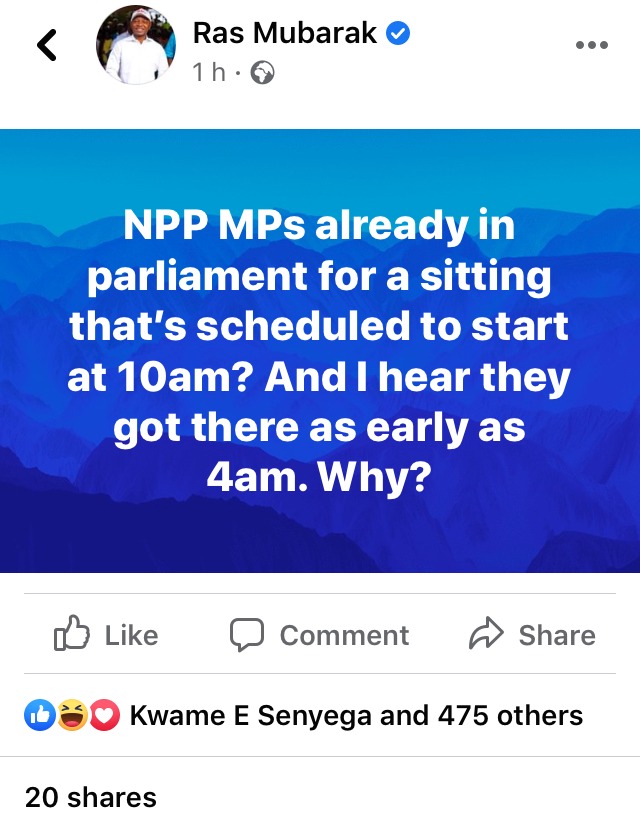 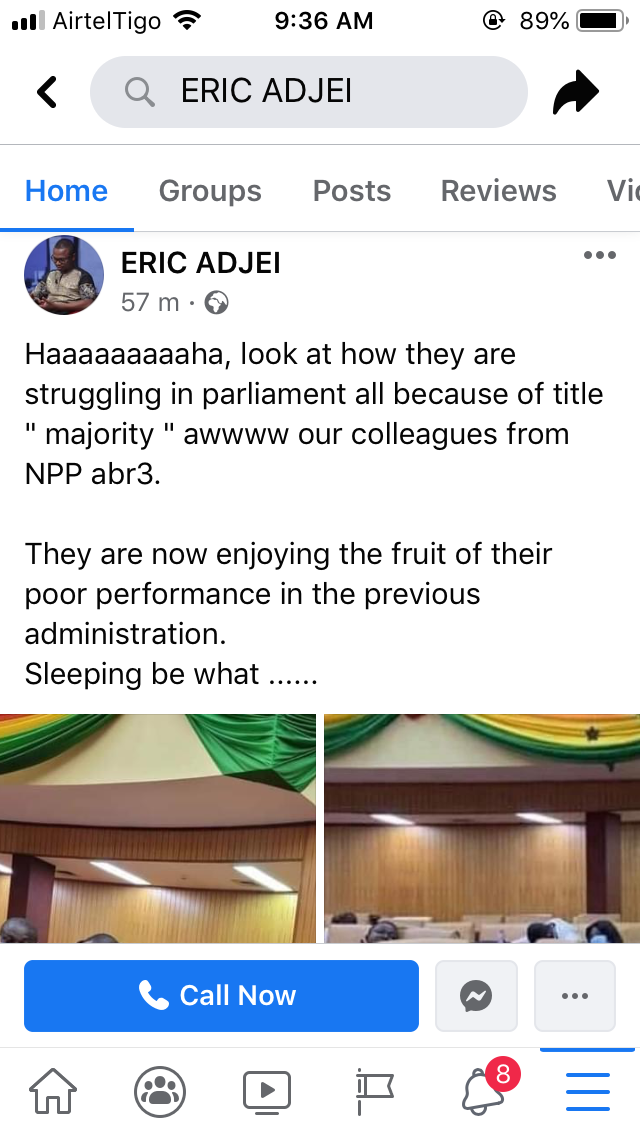 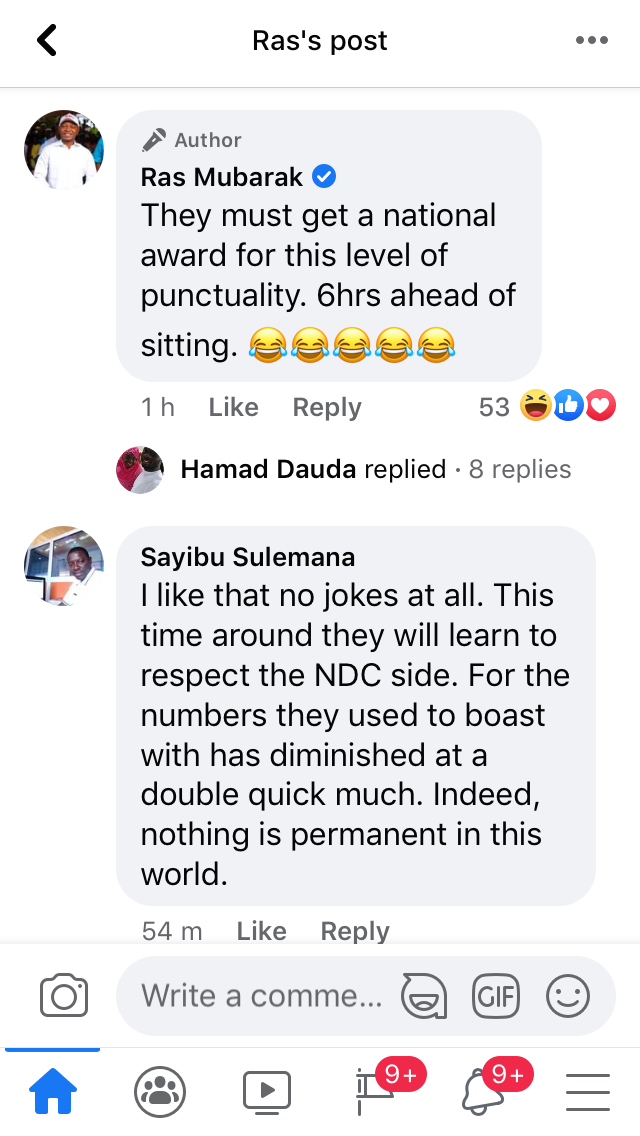 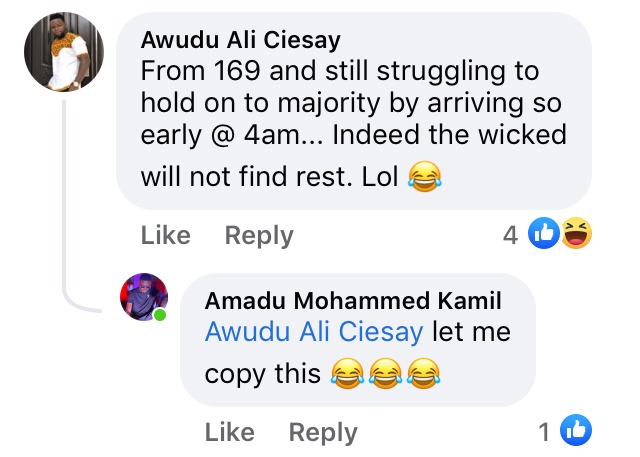 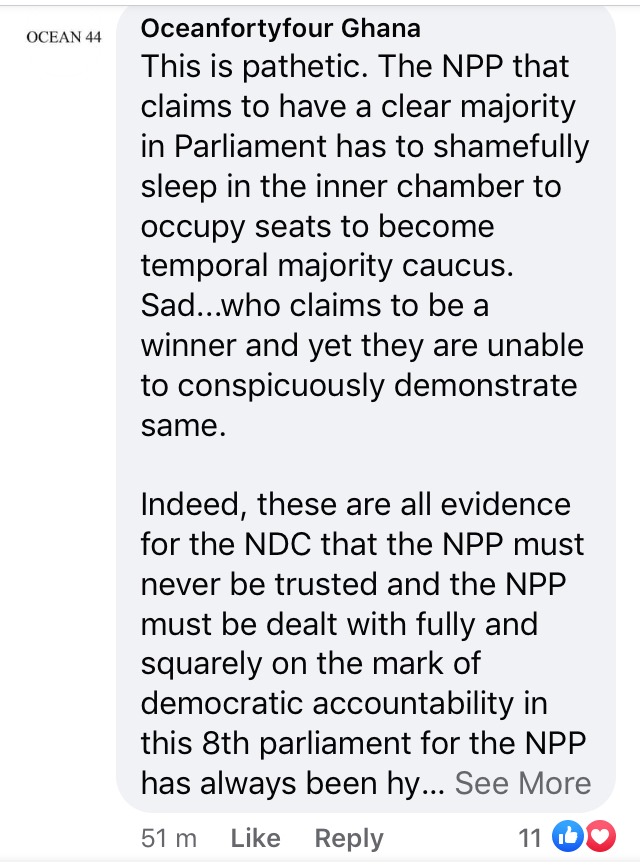 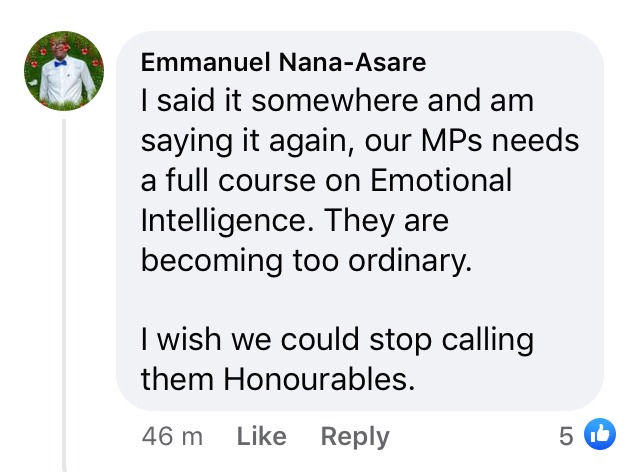 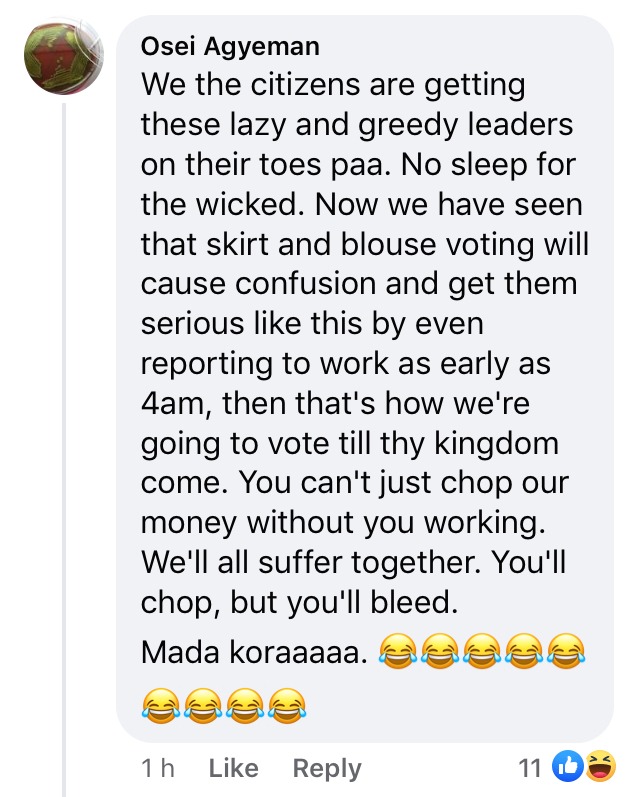 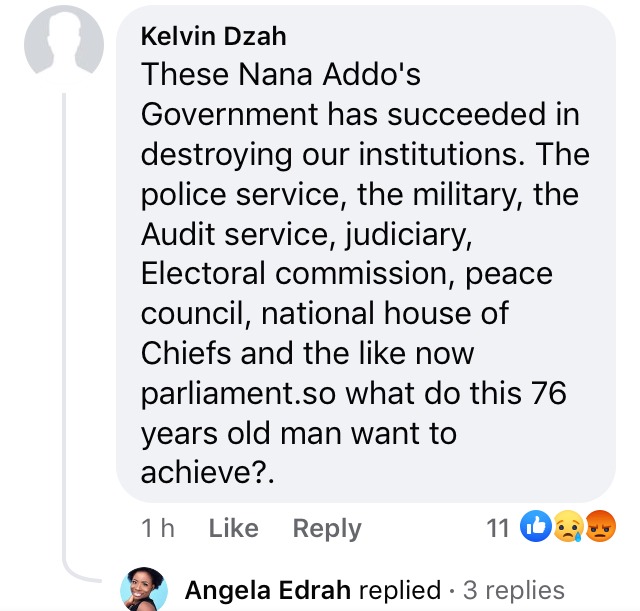 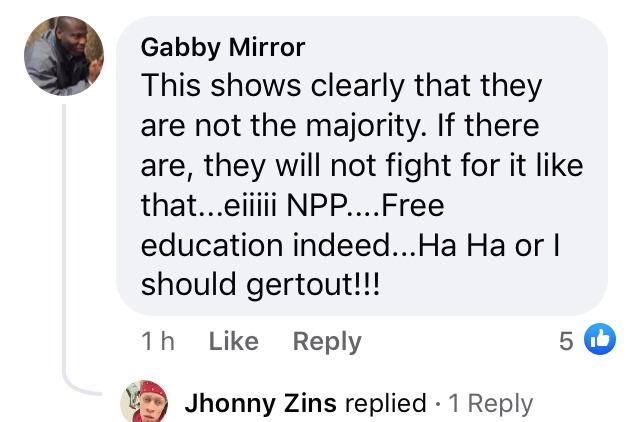 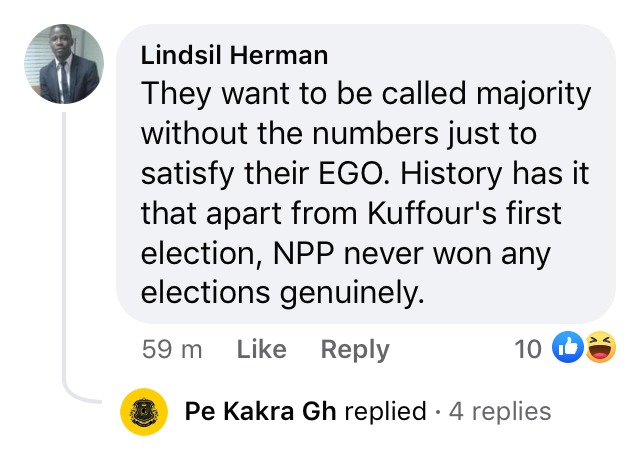 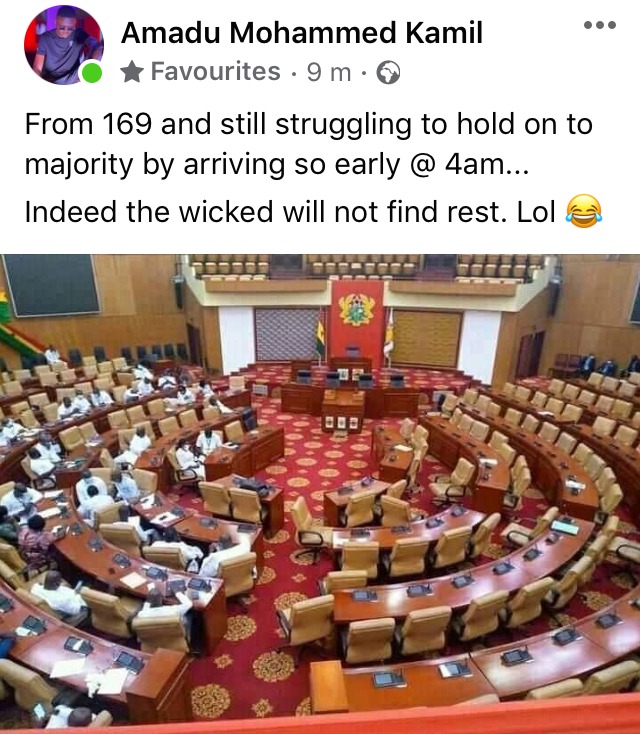 If You Claim You Are The Majority, Why Wake Up At 3am To Fight Over Seats? – Obuobia Opoku Asks NPP MPs