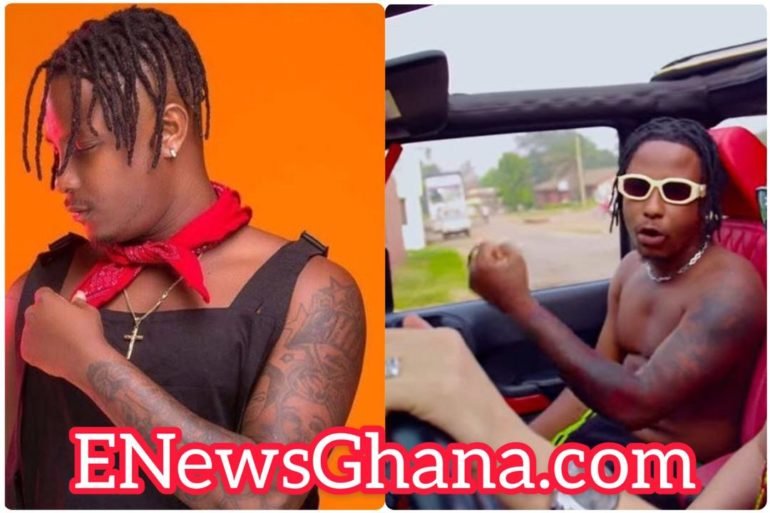 A protege of Stonebwoy, known as Kelvyn Boy has got rid of his BHIM tattooed on his left arm.

Since Kelvyn Boy was kicked out of Burniton Music Group after Stonebwoy released an official statement via his social media handles to inform the public, many keep wondering how he will be able to wipe off the Bhim tattoo.

Prior to his departure from the label, Kelvyn had a BHIM tattoo on his left arm.

Well, one thing is for sure, Kelvyn initially loved Bhim nation and even pledged to keep the tattoo to prove his loyalty to Stonebwoy – this was in an interview on 4Syte Tv days after his breakthrough at Burniton Music group.

It, however, appears he later had a change of mind days after reminiscing on the fact that he is no longer with BHIM, therefore, it will just be appropriate to get rid of the tattoo.

KelvinBoy released a new Music, “New Year” accompanied by a video. In the pretty awesome video, it was observed that the tattoo on his left arm had been distorted and shaped into something else.

The once-beautiful BHIM tattoo has totally been covered by the artiste who once swore to keep it. 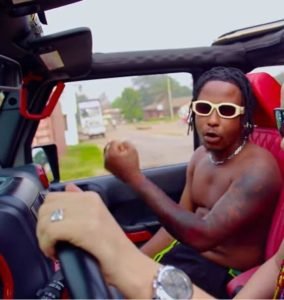 Girls’ Prefect, Nana Aba Anamoah Is A Pimp. She Asked Me To Sleep With Men If I Want To Be A Journalist – Lady Reveals