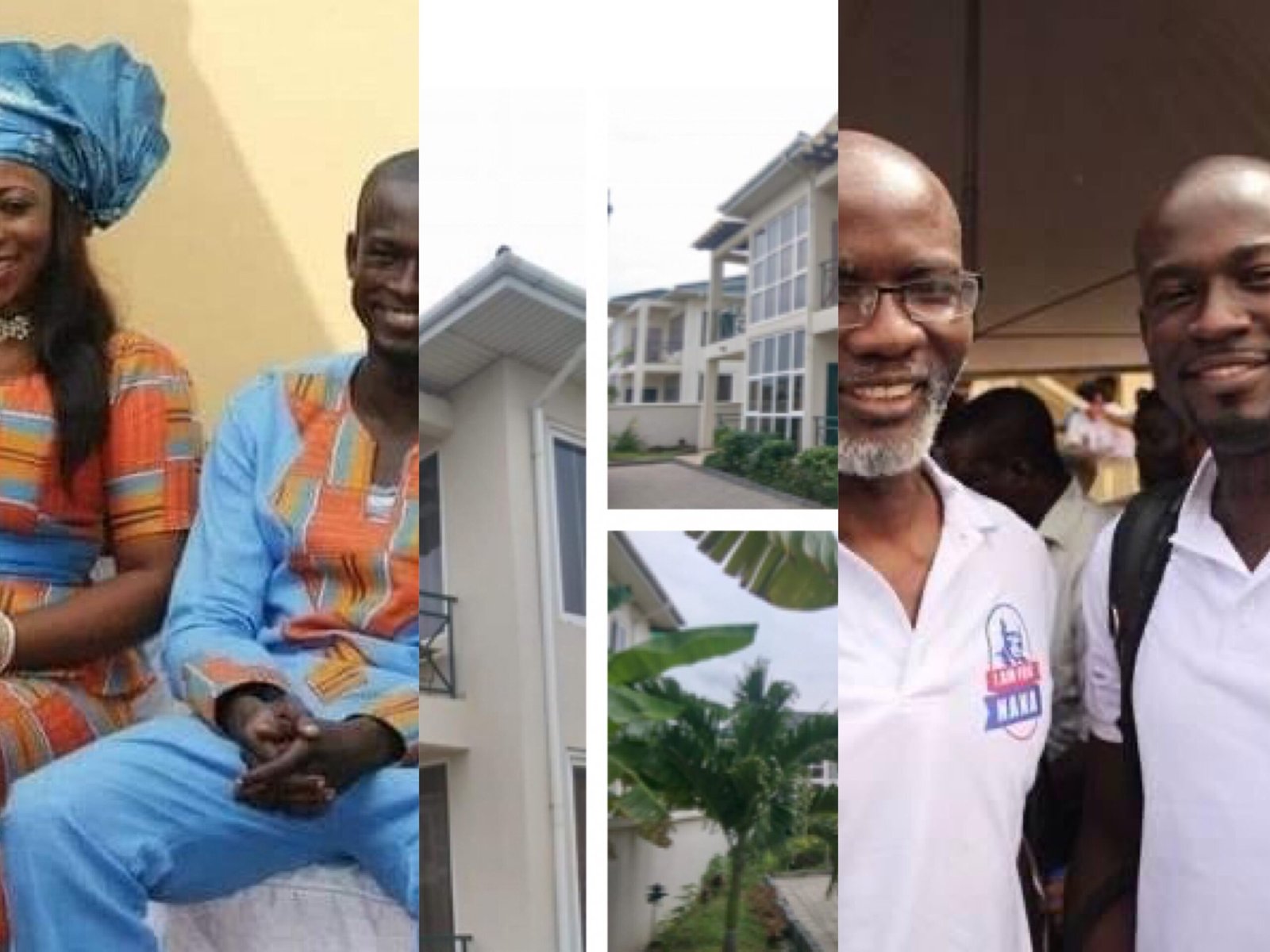 Ghanaians are outraged at the property acquired by Eugene Arhin who is the Director of Communications at the Presidency in just four years of his appointment.

A writ of summons from the wife seeking divorce following their irreconcilable differences has made of the appointee has made its way on social media.

Eugene ARHIN’s wife is seeking for divorce and these are the items she wants her share 😂😂 pic.twitter.com/mVmxlaks9q

There is a shocking wave among both NPP footsoldiers who seem not to have benefitted from their government since they struggled for the party to be voted into power.

Here are some of the reactions;

I’m not interested in the marital issues. As for the properties de3 herrrrrrh. AU Village all Dey inside, a water front residential property in Ada, Storey building mu storey building with 16 apartments (3x) etc eeiii. Just 4yrs as a CD at the Presidency

All these were acquired in a of 4 years. God has blessed him paaa pic.twitter.com/aesxg5nHIA

Just one of Eugene Arhin's many many houses littered across every corner of Accra. He must be getting paid a million dollars every month otherwise….🤦 pic.twitter.com/yPp8EA8MLc

Eugene ARHIN’s wife is seeking for divorce and these are the items she wants her share 😂😂 pic.twitter.com/mVmxlaks9q

Gloria Assan Arhin, wife of Director of Communications at the Presidency, Eugene Arhin has filed for divorce at SC but my focus is the properties acquired by the respondent within the past 4 years. Very astounding, isn't it? pic.twitter.com/f7FL3vtjfP

Ghanaians when they realized Eugene Arhin owns all these properties just after 4 years in office: pic.twitter.com/JKY8cRQ8Gc

Meet Mr .Eugene Arhin the politician who own half of Accra.@NPP_GH pic.twitter.com/2mcTjxRL2h

What you dream of, Eugene Arhin has built it in 4 years working as Communications Director at the Presidency. It doesn’t matter what side of the political divide you’re on, this is quite disturbing.

This Eugene Arhin issue force some people to crawl back into their holes o 😂. The 700 twitter

READ ALSO; It is Only Bawumia Who Can Match the NDC in 2024 as a Presidential Candidate – Vim Lady Reveals