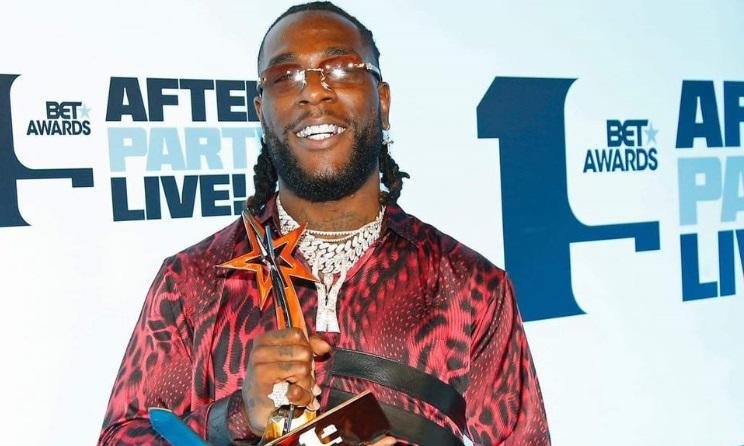 Burna Boy has been featured in a Denmark newspaper and he too excited about it.

This comes just a few days after some trolls dragged him on twitter for saying nobody paved the way for him.

The headline and the content of the article were written in Danish so we could not tell exactly what they meant but that notwithstanding, Burna Boy was happy as he shared it on his Twitter platform.

It looks like they are saying he’s indeed the African Giant, musically! 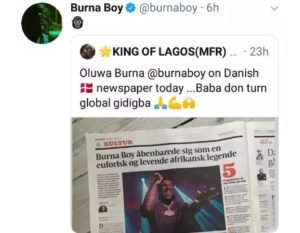 Related Topics:Burna Boy
Up Next