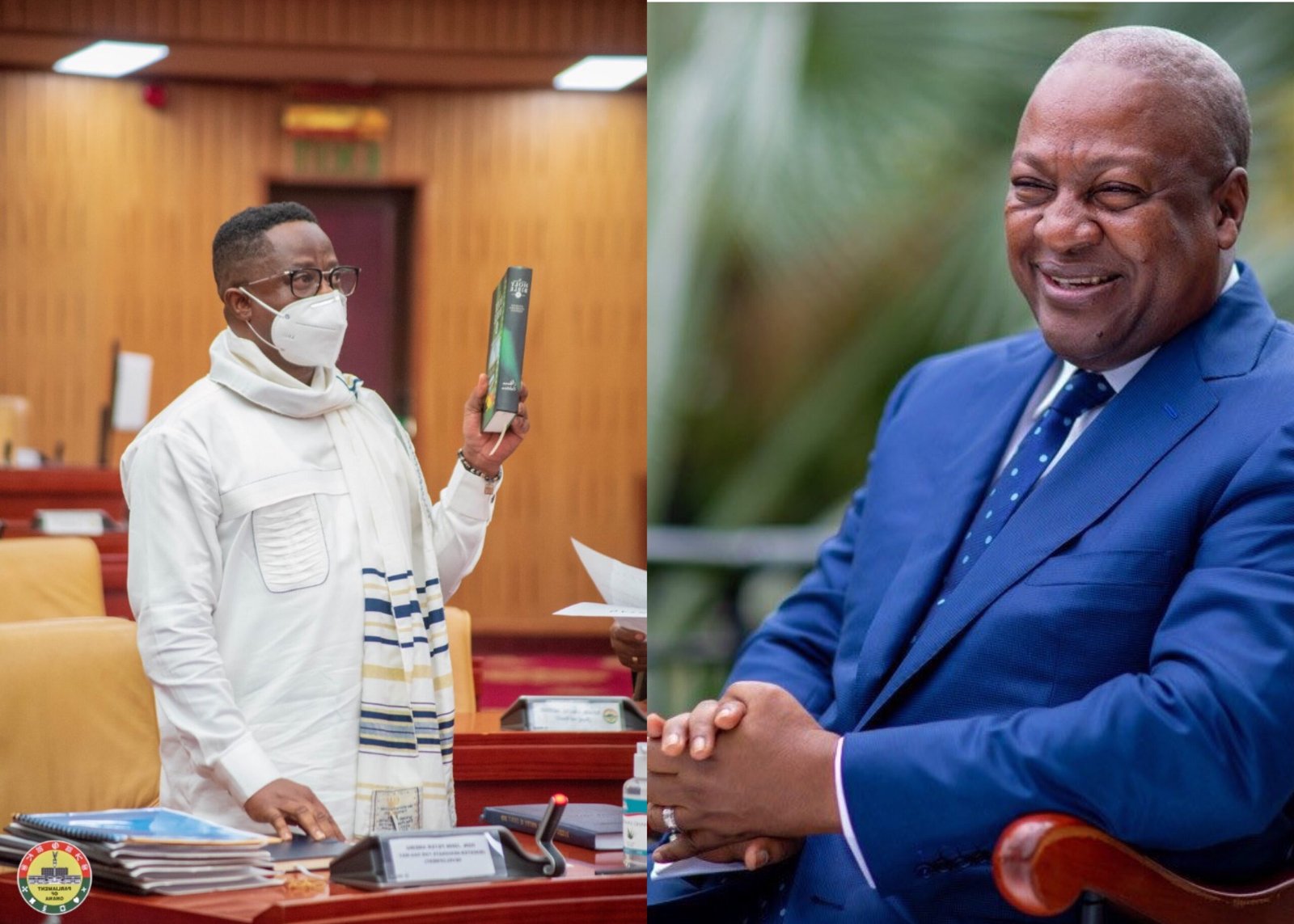 Railways Minister-designate, John Peter Amewu has withdrawn a description he made about Mr John Dramani Mahama to the effect that the Presidential Candidate of the National Democratic Congress (NDC) in last year’s elections, was a conman.

He withdrew the comment after appearing before the Appointments Committee of Parliament during his vetting on Wednesday, February 24.

Mr Amewu, when he was the Minister of Lands and Natural Resources, described former President Mahama as a conman who failed to honour promises his administration made for the mining sector.

His comment came after the former Ghanaian leader delivered what they consider as an unfavourable assessment of the government’s anti-galamsey efforts.

“What has Mahama been able to do? Today, we have created a lot of mining districts, we’ve created 12 mining districts and 33 satellite districts. We are bringing mining back to the decentralization level. The small-scale mining which was in the status quo was supposed to have mining communities.

“These were not inaugurated in all the years Mahama was President, we have just inaugurated them, bringing mining to the community of the owners of the resources. Decentralization, this is the approach, so I am so disappointed in [Mahama].

“He cannot address the problems. I’m telling the small-scale miners that this gentleman is a con man. He’s deceiving them and if they dare go in for him just because of galamsey, this country will come down,” he said about Mr Mahama

When asked what informed this comment and whether he himself is also a conman, by Awutu Senya West Lawmaker Gizella Tetteh –Agbotui during the vetting Mr Amewu who is also MP for Hohoe said “Mr Chairman, I am not a conman. Yes it is on record that I have used that word. It was in reaction to a statement that I issued when I was the Lands minister, the implications and the dictate of that word was in a context at the time I was issuing that statement.

“The conman was not directed to what the interpretation might have been made. Of course, it was not an appropriate word to use at the time. In that context, I have withdrawn that word.”

Video: Koku Anyidoho’s Wife Narrates How Koku Sacked Her From Their Home After The Death Of Their 9-Year Old Daughter