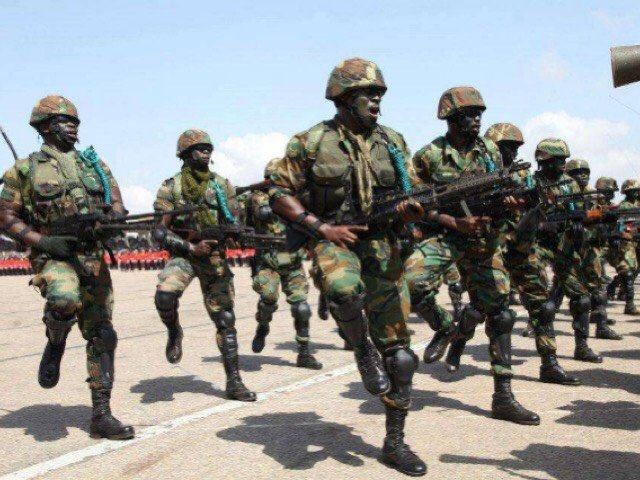 The National Democratic Congress(NDC) has said former President John Dramani Mahama could have unleashed soldiers on the streets of the country when he lost the 2016 polls.

According to Abass Nurudeen who is the Ashanti Regional Communications Officer of the party, the former President chose peace over violence and handed over to current President Nana Addo Dankwa Akufo-Addo who is feet-dragging after it emerged he lost the 2020 polls.

The NDC Executive in an interview on Accra-based Okay Fm monitored by MyNewsGh.com revealed that Mahama has the opportunity of imposing curfew among other decisions just to stay in power but considered the general interest of the country which paved the way for Akufo-Addo to be declared the winner of the polls and subsequently sworn into office.

“John Mahama is a man of peace who abhors violence that is why in 2016 when we went for an election and he lost, he had the opportunity to unleash soldiers on Ghanaians and impose curfew among others. He conceded and handed over to Akufo-Addo so why is that when the 2020 elections has not gone well for Akufo-Addo he has unleashed the military on the citizenry with guns pointed at District Electoral Officers to change results”, he quizzed.

Meanwhile, the National Democratic Congress (NDC) says it will go to court on Wednesday, December 30, 2020, to start the process to challenge the Presidential and Parliamentary election results.

This was disclosed by the Member of Parliament (MP) for South Dayi constituency and a member of the Legal team of the NDC Rockson-Nelson Este Kwami Dafeamekpor.

“Certainly, we (NDC) are going to court. This coming Wednesday, it should be done,” he told Accra-based Joy News monitored by MyNewsGh.com.