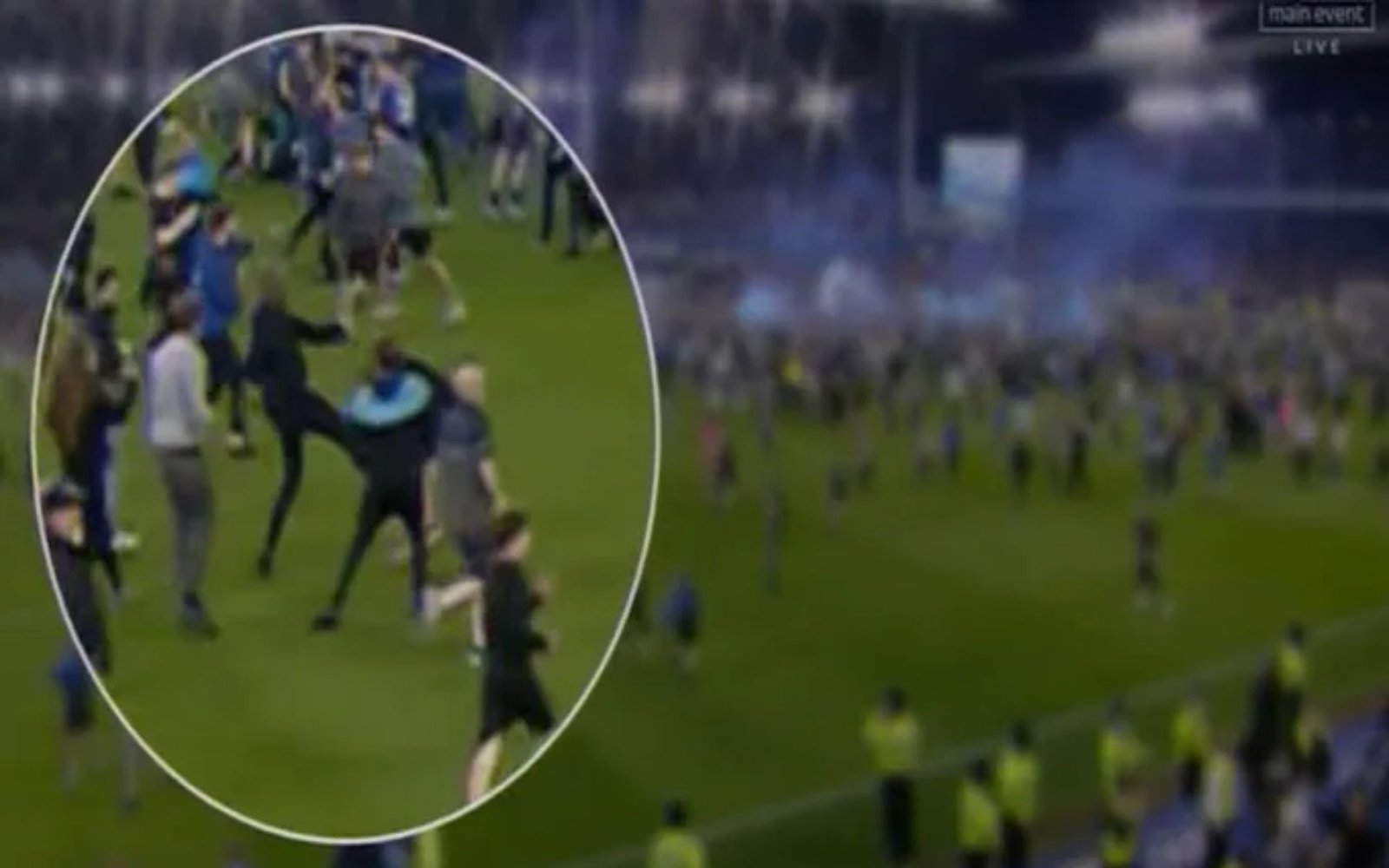 Patrick Vieira, Crystal Palace manager engaged in an altercation with an alleged Everton fan following Thursday’s 3-2 Premier League defeat at Everton and could face a Football Association investigation into the incident.

After the final whistle having seen his side let a two-goal lead slip, the Crystal Palace manager was walking towards the away dressing room and amid a thousands of fans who had invaded the stadium as Everton secured their Premier League survival with the win.

One supporter appeared to provoke Patrick Vieira with hand gestures, after which the ex-France International kicked him to the ground and had to be carried away by other fans.

“I’ve got nothing to say on that,” Vieira told reporters after the incident.

The first pitch invasion came after Dominic Calvert-Lewin’s 85th minute winner and this was the second of the match.

“We don’t want to see it at all,” former Aston Villa striker Dion Dublin said on Sky Sports. “We know how overjoyed the Everton fans are but you can’t be doing that – pushing managers, pushing players, shouting at players in their face.

“We know it’s the minority, we know it’s only one or two who spoil it for everyone else but having fans on the pitch is not the way forward.

“We have to stop letting fans get on the pitch, it’s too dangerous.”

A Nottingham Forest supporter who head-butted Sheffield United captain Billy Sharp during a pitch invasion on Tuesday was jailed for 24 weeks and handed a 10-year football banning order.