Stonebwoy’s Anloga Junction voted 'Album of the Year' by Reggaeville

#GMAA21; GLOBAL MUSIC AWARDS AFRICA 21' -“WHO WILL BE CROWNED AS THE DANCEHALL KING OF AFRICA?” 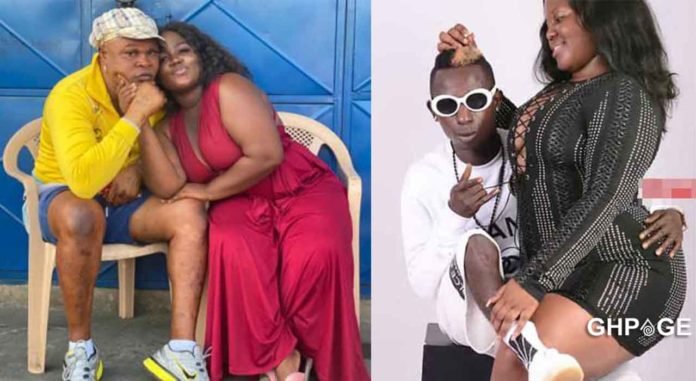 The new video which shows Queen Peezy and the boxer getting all loved up has gotten social media pondering whether it is real or just a show-off.

Queen Peezy is obviously not over Patapaa’s decision to dump her for his German wife, Liha Miller, and is bent on doing all she can to spite him.

Read Also:  Stonebwoy Pens A Romantic Message To His Wife Louisa Ansong As He Shares Loved-Up Photo To Celebrate Her Birthday

From the footage, Bukom Banku calls out the musician and says that if Patapaa does not like dark-skinned girls he does.

To add insult to injury, the two then exchange kisses and get lovey-dovey. Bukom Banku has been heavily criticized recently for going back to beaching his skin.

Meanwhile, Queen Peezy could care less as she mentioned that she had found her own ”obroni”(Whiteman) jabbing Patapaa for settling down with a white woman.