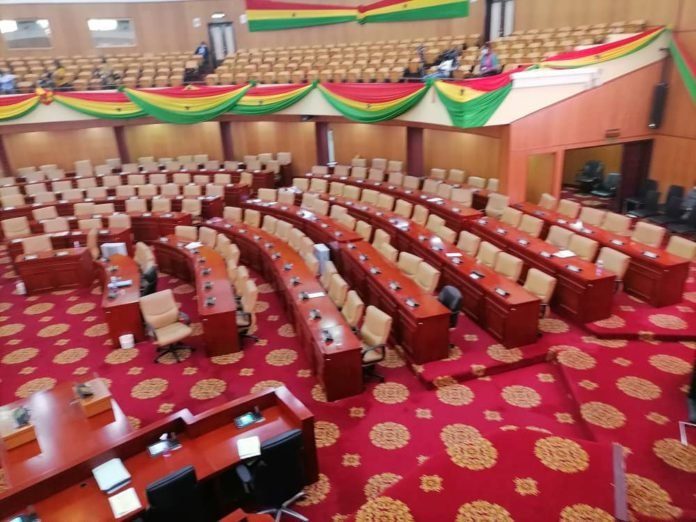 The 2022 Budget Statement and Economic Policy of government presented by Minister for Finance, Ken Ofori-Atta on November 17 has finally been approved by Parliament after it was initially rejected over the weekend.

Yesterday’s sitting was stretched by hours of meetings between the Majority and Minority caucus purposed at looking at how to solve what has been termed by the Majority as unconstitutionality by Speaker Alban Bagbin.

The Majority caucus accused the Speaker of Parliament Mr Alban Bagbin of acting in breach of the 1992 constitution after he said that 137 MPs had taken a decision to reject the budget last Friday.

According to the Majority, the act fails the constitutional requirement of 138 MPs present in the House before a decision can be made.

For most of Tuesday morning, negotiations between the Majority and Minority in Parliament over the rejected Budget had broken down.

The negotiations have been ongoing in Parliament for several hours in a desperate attempt to build consensus over the rejected budget.

The entrenched positions around the controversial e-levy had been the major dividing issue.

The Minority Caucus has been demanding a withdrawal of the proposed e-levy.

The Majority Caucus was backed by the Finance Minister, Ken Ofori-Atta, who walked into the meeting around midday had agreed to reduce the proposed levy from 1.75% to 1.5%.

There was a stalemate as the Minority walked out of the House.

Upon a motion by Majority leader Osei Kyei Mensah Bonsu, and a vote by the House, the First Deputy Speaker, Joseph Osei Owusu ruled that the earlier decision was in error and in violation of Article 104 (1) and caused it to be expunged from the record.

Parliament then proceeded to consider the motion on the budget and subsequently approved it.

The First Deputy Speaker, Joseph Osei Owusu, counted himself as an MP making the Majority Caucus in the House 138 members.

The House will now consider the budget estimates in the coming weeks for specific sectors of the economy before the appropriation bill will be passed.

This will give government the green light to spend according to monies appropriated in the budget.

Finance Minister Ken Ofori-Atta in winding up the debate highlighted how government will accommodate the concerns raised by the minority in the approval of estimates, revenue bills and appropriation.

Share with Friends:
Related Topics:2022 BudgetE-levyFeaturedHon. Alban BagbinMajorityMinoritySpeaker of Parliament
Up Next