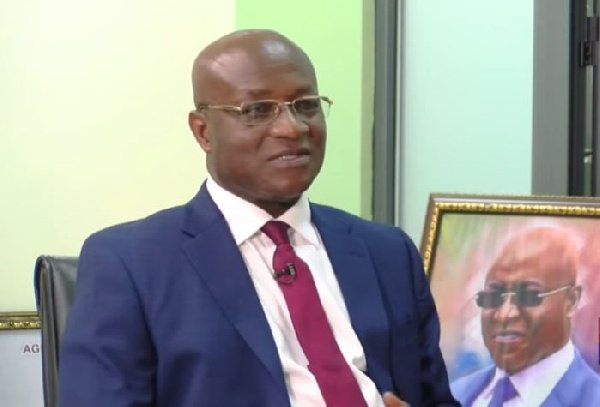 The Majority Leader in Parliament, Osei Kyei-Mensah-Bonsu has been fighting off claims that the First Deputy Speaker, Joseph Osei Owusu left the Speaker’s seat to take part in yesterday’s voting and proceedings.

According to him, the Bekwai MP rather wanted to excuse himself to take his medication and not to partake in the vote. The Suame MP observed that the First Deputy Speaker’s ill health was so severe that he shook like a leaf.

Earlier on Enewsghana.com filed a report that Ghanaian parliamentarians late Monday night exchanged blows as the First Deputy Speaker Joseph Osei-Owusu vacated his seat to enable him to also cast his vote to pass the controversial E-levy under a certificate of urgency.

The Minority contended that Osei-Owusu, who was then presiding, cannot vote to pass the controversial E-levy under a certificate of urgency.

Although a voice vote was taken with the First Deputy Speaker ruling in favour of Majority, the NDC MPs called for headcount instead.

Mr Joseph Osei Owusu then decided to swap positions with Second Deputy Speaker, who had voted, so he could also take a part in the decision making.

The free-for-all fight ensued at the Speaker’s platform as Majority MPs attempted to seize his chair as he makes his way out of the Chamber for the Second Seputy Speaker Andrew Amoako Asiamah to takeover.

Speaking in an interview, the Majority Leader said, “Is it the case that a Speaker can’t even excuse himself to visit the loo? Is it the case? The man was indisposed. He was shivering. And he went to the clinic, the record is there. So we had to persuade him to come and sit. He was in the chamber and he was shaking like a leaf.”

The marshals had a tough time bringing order to the House as they wrestle with some MPs to protect the Speaker’s seat, his documents and the mace.

Eventually, the Second Deputy Speaker Asiamah returned to the seat to adjourn sitting to Tuesday, December 21, 2021.