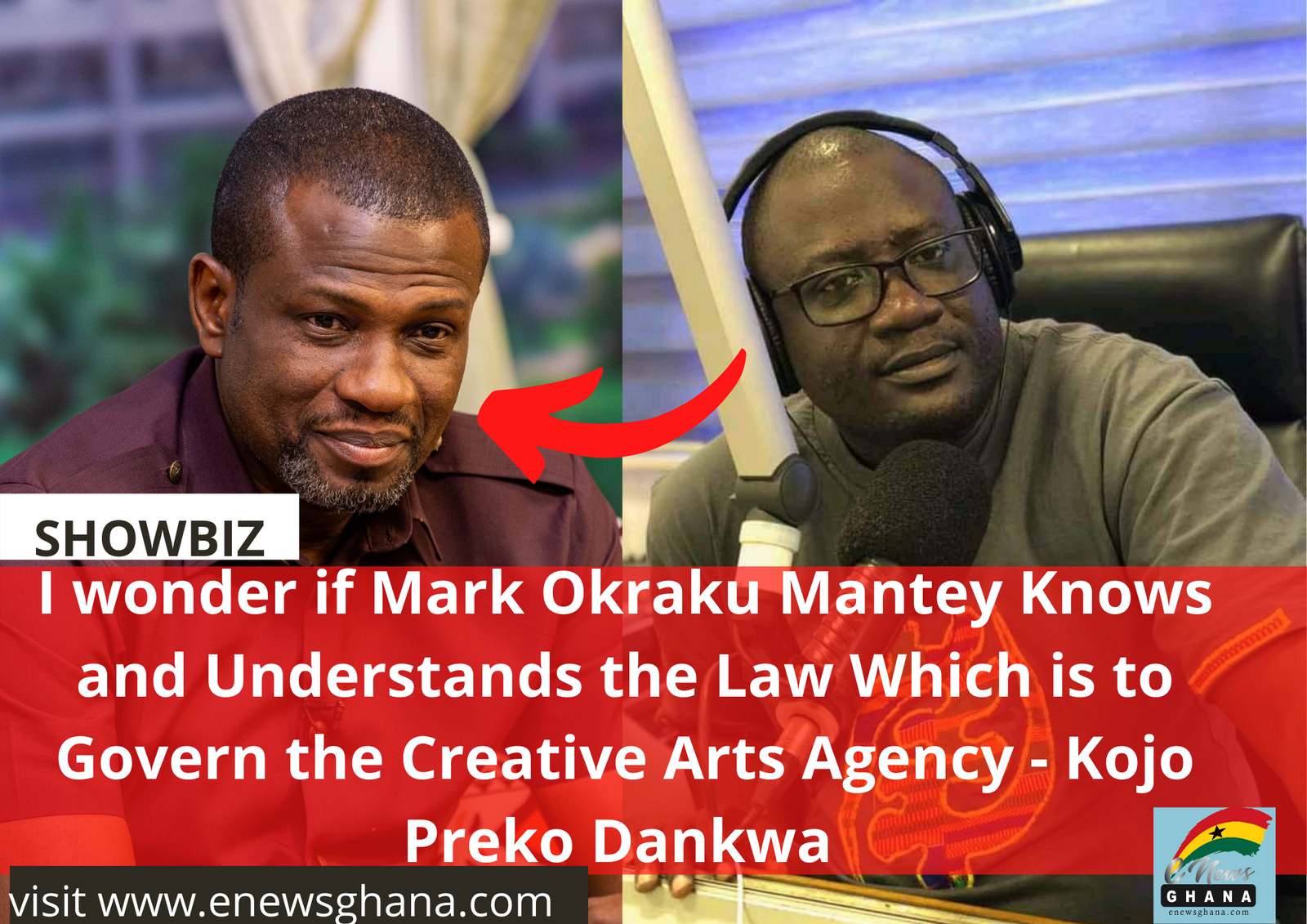 I always try very hard not to have a banter with my senior brother and deputy minister for tourism, arts and culture Mark Okraku Mantey but unfortunately l have to do this.

I watched a tape of Mark Okraku Mantey making his submission during the VGMA Music Summit and am wondering if he really knows and understands the very law which is to govern the creatives call the Creative Arts Agency Act 1048.

1- Minster Mark Okraku Mantey stands in public and openly tries to justify Gyankroma Akuffo Addo current illegal position as the CEO of Creative Arts Agency in holding meetings and creating committees to see the learning of creative arts in our basic schools. Has Mark Okraku Mantey read the very law he wants us to read and understand to know that there is nothing call acting CEO , no executive Secretary has the mandate to even hold and establish any committee except the Board chairman?

2- If some journalist(s) including myself and Foundation Of Concerned Arts Professionals (FOCAP) are making noise about it , it’s because of personalities like your good self (deputy Minister) and others of your kind who do not want the law to be respected and work. The Act calls for the President (article 195) to appoint an executive secretary. I am asking; is it that Mark Okraku Mantey does not have no knowledge on the Act 1048, politically blind or thinks some of us are naïve with the law?

3- The illegal occupant of the Executive Secretary position must not be hailed by a minister who is suppose to know more than us .

4- Journalists probed and have done a better job than the minister himself to know it’s illegal in the first place to find Gyankroma holding a meetings and setting up committees which is not her mandate according to the law. We will continue to ask of her locus until the law is respected.

Read Also:  The Gaming Commission of Ghana – A disservice to the Creative Industry – FOCAP

My little advice to give (Deputy Minster )is , kindly also probe to know what the act says and push mr. President to expedite action in appointing both Executive Secretary and Board chairperson.