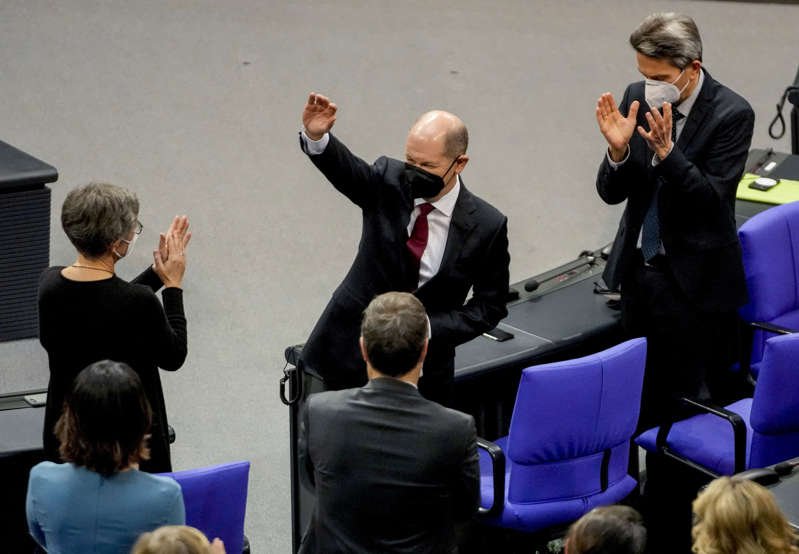 Olaf Scholz was voted in as the new German chancellor on Wednesday, marking the end of Angela Merkel’s 16 years in power.

Scholz, a member of the socialist SPD party, will lead a three-party coalition with the Greens and the pro-business FDP party.

Their coalition deal has stood out from previous plans due to an intention to ramp up investment across the country. However, the pandemic is expected to be their first priority as the new government takes the helm as Germany grapples with high Covid-19 infections and a somewhat stalled vaccination program.

Merkel’s farewell
Merkel, first elected as chancellor back in 2005, received a standing ovation at the German Parliament on Wednesday, her last moment in the Bundestag as leader.

“She presided over a long period of peace and prosperity, steering Germany calmly and confidently through a series of upheavals and crises,” Holger Schmieding, chief economist at Berenberg, said in a note Wednesday.

Domestically, Merkel’s tenure will be remembered for a rise in living standards, higher employment rates, and a conservative fiscal stance that allowed government buffers to be built up.

Internationally, Merkel will always be known for her open door policy at the start of the migration crisis in Europe in 2015. This move shaped not only the wider European discussions on how to deal with the crisis, but also influenced anti-immigration rhetoric in various nations.

In addition, her leadership was also marked by the 2008 financial crisis and the 2011 sovereign debt crisis. While critics argue Merkel was too tough in pushing austerity policies in the euro zone, supporters argue that this was the only way she could have saved the euro and received backing from the German Parliament and electorate.

Otto Fricke, a member of the Bundestag for the FDP, told CNBC’s “Squawk Box Europe” Wednesday that the last few years of Merkel’s reign was notable for a lack of real progress. “This progress [now] needs to be done,” he said.