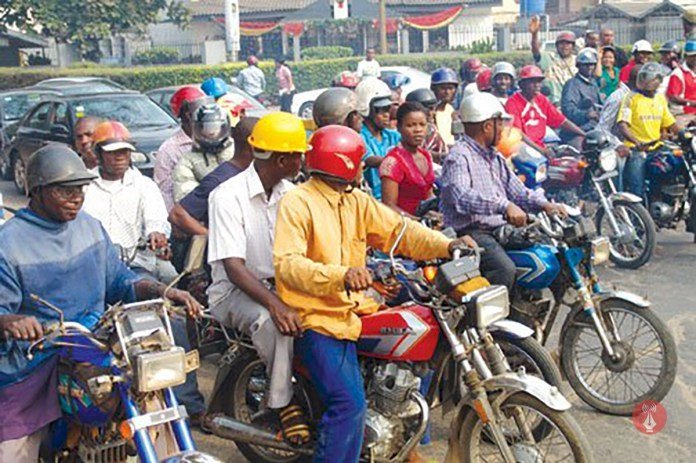 Not too long ago, when former president John Dramani Mahama at the National Democratic Congress (NDC) party’s 2020 Election Manifesto launch, stated his party when voted into power again, will legalize the Okada business.

This news won the hearts of the Okada operators heart. However, Vice-president also in speech stated the ruling government New Patriotic Party (NPP) will never legalize the business, this statement didn’t go well with the Okada drivers.

The Okada Riders Association of Ghana has described the NPP stance against the legalisation of commercial motorcycle operations as sheer dishonesty.

According to them, the NPP and its flagbearer, Nana Akufo-Addo have been inconsistent since the debate about legalising ‘okada’ became topical.

“While we can state the position of the NDC with certainty, we cannot do the same for the governing party without highlighting the flip-flop accounts of leading members of government before settling on what to do with ‘okada’. In what came as a surprise to many, days after the president and Vice had stated that the NPP was indifferent to legalising ‘okada’, the Transport and Information Ministries came out to say it had been part of government’s plans to legalise our operations,” the group criticised.

The group says the Vice president, Dr Mahamadu Bawumia’s promise of rolling out a policy to enable them swap their motorcycles with VW cars is a clear indication the NPP does not appreciate the need to legalise the ‘okada’ trade.

The Deputy National Coordinator of the group, Kwaku Katei Nathaniel, was speaking at a press conference to react to the political parties’ manifesto on the legalisation and regulation of ‘okada.’

“The Vice President says the NPP government, when given a second term mandate, will roll out a policy that will enable us swap our motorcycles with Volkswagen (VW) cars. This is one of the laughable items in the wish list of Dr Bawumia and the NPP. A promise like this is a clear indication that the NPP bigwigs do not appreciate the need for ‘okada’ legalisation.

Read Also:  Your Unprovoked Attacks Landed Me In Hospital; I’m Coming For You All – Carlos Threatens Muntaka, NDC MPs

“Our cities are congested so when you promise to give each ‘okada’ rider a VW car, it will worsen the already uncomfortable traffic situation in Ghana. Secondly, people living in places in rural areas where only ‘okada’ can go would be deprived of their means of transportation if the Vice President’s promise is actualised,” he explained.

They used the opportunity to make an emphatic declaration to support President John Mahama and the NDC’s People’s Manifesto.