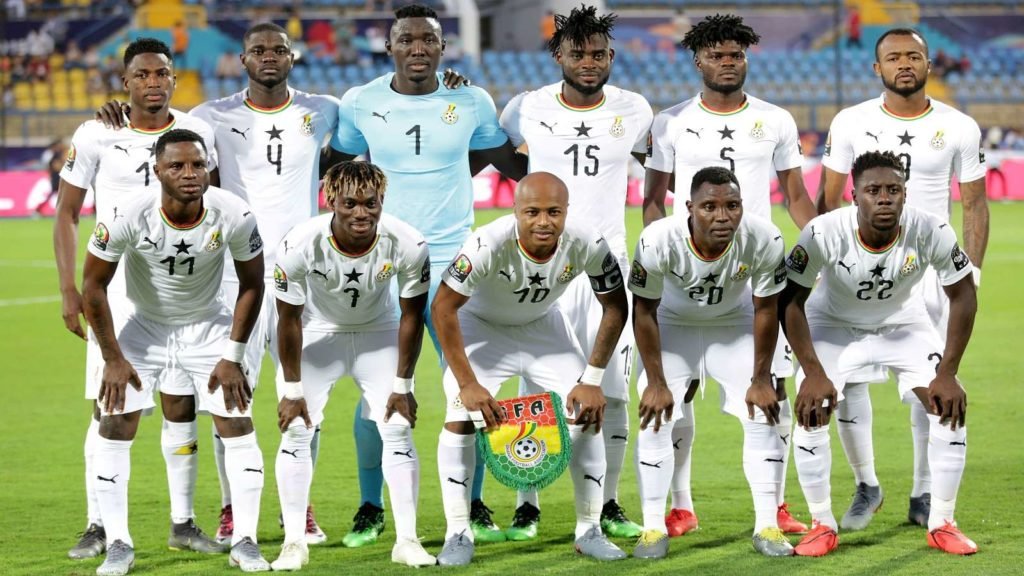 Ghana coach Milovan Rajevac has announced his provisional squad for the 2021 Africa Cup of Nations [Afcon].

The Serbian gaffer named his squad for the 33rd edition of Africa’s prestigious tournament on Tuesday at the headquarters of the Ghana Football Association [GFA].

The squad is mainly dominated by European players but five Ghana Premier League players were named in the squad.

Richard Attah of Hearts of Oak, Philemon Baffour and Abdul Fatawu Issahaku all of Dreams FC, David Abagna of RTU and Maxwell Abbey Quaye of Great Olympics made the cut.

The team will be in Doha for a period of three weeks to prepare for the tournament scheduled for Cameroon from January 9 to February 6, 2022.

The Black Stars will play three international friendly matches in Qatar to give Coach Milovan Rajevac the opportunity to assess his squad for the Tournament.

Ghana is expected to play a yet-to-be-named club side on Tuesday, December 28, before taking on one of the Africa Cup of Nations qualified teams on Friday, January 1, 2022, in another friendly.

The team will wrap up their test matches against African Champions Algeria on Wednesday, January 5, 2022.

Ghana is in Group C alongside Morocco, Gabon and Comoros

Black Stars will depart Doha for Yaoundé on Friday, January 7, three days before their opening match against Morocco.

After Morocco, Rajevac’s side will take on Pierre-Emerick Aubameyang’s Gabon and then wrap up their group stage campaign against debutants Comoros.

Below is the full squad: 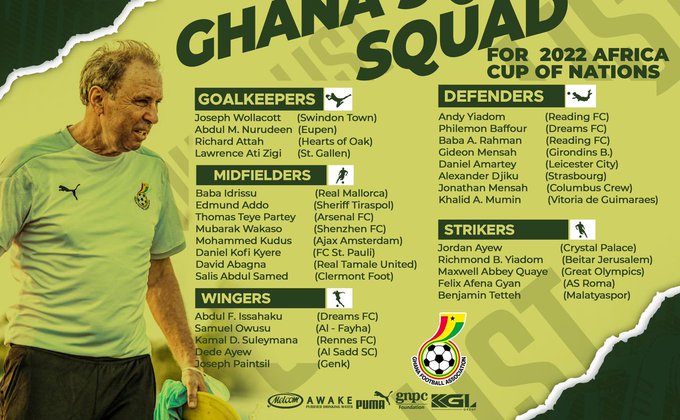 Despite the inclusion of five home-based players, the squad has attracted mixed reactions from Ghanaians.

Share with Friends:
Related Topics:AFCON 2021Black StarsGhanaMilovan Rajevac
Up Next