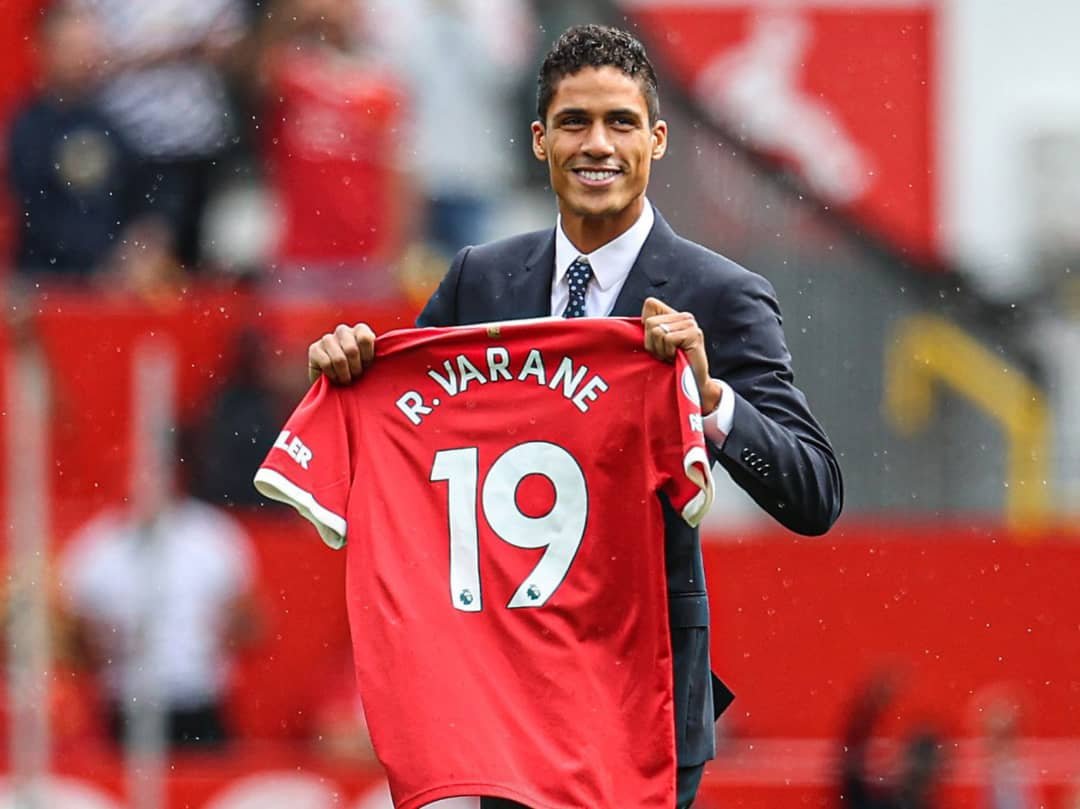 Manchester United have completed the signing of Raphael Varane from Real Madrid.

The centre-back has joined United on a four-year deal until June 2025 for a fee believed to be around £41m including add-ons.

Varane’s arrival was announced as the 28-year-old walked out in front of a packed Old Trafford crowd ahead of United’s Premier League opener against Leeds on Saturday.

The France international, whose transfer was agreed last month, will wear the No 19 shirt and becomes United’s third summer signing after winger Jadon Sancho and goalkeeper Tom Heaton.

Varane said: “Manchester United is one of the most iconic clubs in world football and the chance to come here and play in the Premier League is something I couldn’t turn down.

“There is a lot more that I want to achieve in my career and I know I’m joining a squad full of great players who will all have the same determination to win matches and trophies.

“Having spoken to the manager I can see how much progress has been made over the last few seasons and I now join a group ready to play at the highest level.

Now THAT is an Old Trafford welcome 🤩#MUFC @RaphaelVarane

Bruno Fernandes bagged a hat-tick with Greenwood and Fred on all the score sheet. L. Ayling scored the consolation goal for Leeds United.