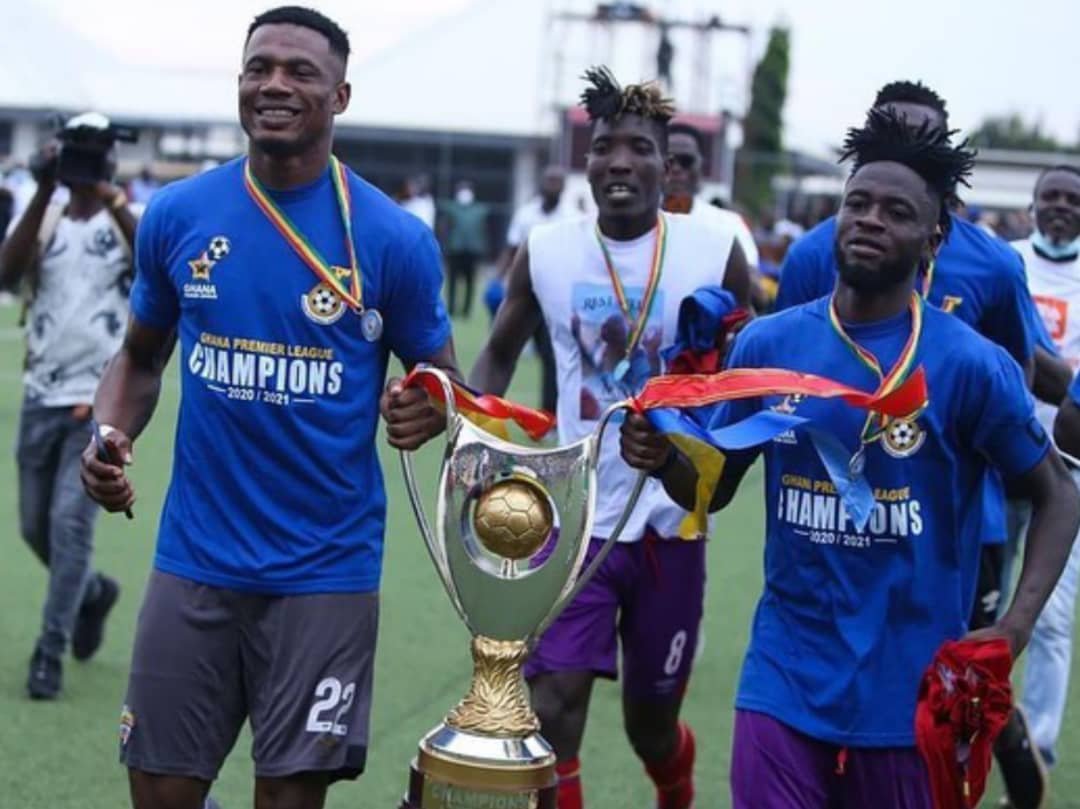 The Ghana Football Association, has released the full fixtures for the 2021/22 Premier League season, with champions Hearts of Oak welcoming Legon Cities on match day one.

The FA announced the release of the games for the upcoming season on their official website, with matches from day one to 34 presented on an artwork.

“The Ghana Football Association is delighted to release the fixtures for the 2021/22 Premier League season. Defending Champions Accra Hearts of Oak will start their title defence at home against Legon Cities at the Accra Sports stadium while Asante Kotoko treks to Dawu to battle Dreams FC at the Theatre of Dreams,” wrote the FA.

“The two teams will meet in the Super Clash on Match Day 7 in Accra and Match Day 24 in Kumasi. “Newly promoted sides Accra Lions and Bibiani Gold Stars will have their first taste of Premier League football at home against Elmina Sharks and Berekum Chelsea respectively while returnees Real Tamale United host Wonder club Accra Great Olympics at the Aliu Mahama stadium.”

All 18 Ghana Premier League teams have started preparations ahead of the new season, with Hearts of Oak already involved in competitive football.

The Phobians started their season with a CAF Champions League victory over C.I Kamsar of Guinea.

Meanwhile, Asante Kotoko has been active in the off season, signing new players and bringing in a new coach, Prosper Odum.

Last season, Hearts of Oak finished the season champions after a strong end to the campaign.

Earlier GhArticles.com reported that, new coach of Kumasi Asante Kotoko, Prosper Narteh Odum, is already winning hearts of fans of the club after a photo of him interacting with the groundsman dropped.

The former WAFA coach joined the club this week but arrived with an aura of optimism that has got supporters of the club confident once again.

In a photos posted on Twitter by Asante Kotoko, the University of Cape Coast lecturer is described as humble for having a chat with the groundskeeper.