Odike Makes U-Turn; Apologize and endorses Mahama ahead of the December elections
Advertisement 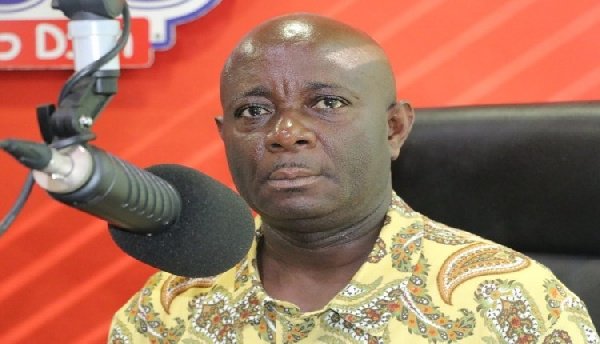 The Founder and Leader of the United Progressive Party (UPP), Mr. Akwasi Addai Odike has rendered an unqualified apology to the Flag Bearer of the National Democratic Congress (NDC) John Dramani Mahama for criticizing him on corruption.

It will be recalled that during December 2016 general elections, Akwasi Addai Odike criticized the then President of Ghana John Dramani Mahama on corruption and incompetency.

Read Also:  Peace Council and Christian Council Should Come Out and Apologize To Ghanaians

The Founder and Leader of United Progressive Party (UPP) Akwasi Addai Odike knelt down in front of former President John Dramani at Kumasi Golden Tulip and begged for forgiveness.

According to the UPP leader, Ghanaians including himself were deceived by the NPP that you are corrupt but now it is clear that President Akufo-Addo is the master of corruption

President Akufo-Addo lied to Ghanaians that he is incorruptible and he will protect the public purse but now he is rather fighting those who are fighting corruption “Odike said.

Read Also:  NDC Agrees To Sit At Minority Side Of Parliament Tomorrow; However, They Demand Chairmanship Of 8 Committees

He further urged Ghanaians to vote massively for John Mahama as he is far better than Akuffo Addo.