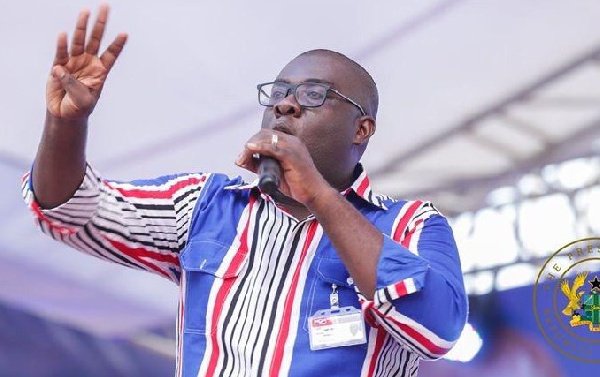 The National Youth Organizer for the incumbent party National Patriotic party (NPP), Sammy Awuku is optimistic that the Mion Seat in the Northern Region will fall to the New Patriotic Party (NPP) in the 2020 Polls.

According to him, the party is working seriously to ensure that this does not become a mirage stating that it is one of the many seats the NPP is targetting to snatch from the NDC in the region.

“The Mion seat will fall for the NPP and we are seriously working towards it. I will urge all of you to join the winning team and give four more years to Akufo-Addo to do more”, he urged.

Mr Awuku has been embarking on what he describes as a surgical campaign in many of the rural communities canvassing for votes for the NPP Presidential Candidate, President Nana Akufo Addo and their Parliamentary Candidates.

This led him to the Tamal Metropolis where he joined Dr. Ibrahim Anyars, the NPP Parliamentary Candidate for the Tamale Central constituency to also embark on his electoral areas engagement.

” Thanks to Nana Addo, the Tamale water problem has been solved and also just at the heart of the constituency the first interchange of the Northern Region is being built which will open up the City for economic prosperity and to aid vehicular movement.

Holy Books of The Bible and Quran the NPP places enormous respect on the value of religion and hence restored the Arabic instructor’s allowance which the NDC cancelled”, he revealed.