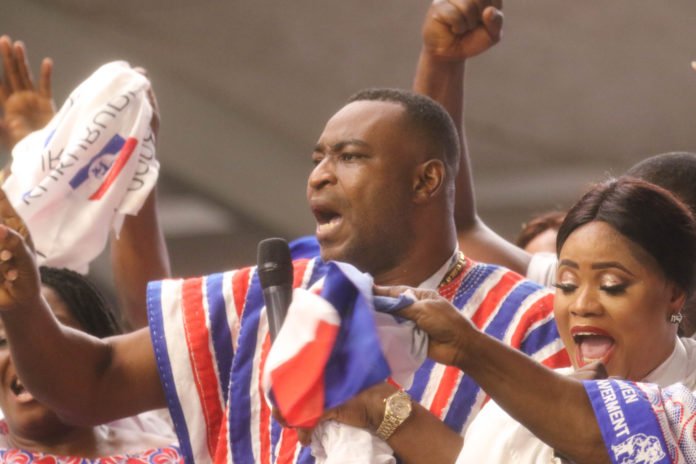 Bernard Antwi Boasiako, the incumbent Ashanti Regional Chairman of the governing New Patriotic Party has been re-elected for another term.

The Ashanti Region is the strongest hold of the NPP, having provided the party its highest votes since the beginning of the Fourth Republic.

Wontumi dancing after hearing the results from two polling stations where he is said to be leading. pic.twitter.com/RGAXmKp1WJ

By being re-elected, Chairman Wontumi will now be entering a third term as the party’s Ashanti Regional Chairman.

The outspoken businessman beat his opponent by over 100 votes, polling 464 votes to Odeneho Kwaku Appiah’s 306 votes.

The NPP’s regional delegates conference began on Friday, as the ruling party looked to elect its executives ahead of the 2024 general elections.

Earlier on Saturday, though, Chairman Wontumi’s car accidentally ran into some supporters at the party’s delegates conference.

Arriving at the Baba Yara Sports Stadium for the regional executive elections, he was met by some teeming supporters.

Having soaked in the appellation from his supporters, Wontumi got back into his car, only to accidentally run into some supporters.

A video that was shared by Asaase Radio showed the incumbent NPP Ashanti Regional Chairman quickly pulling his breaks to avert any catastrophe.