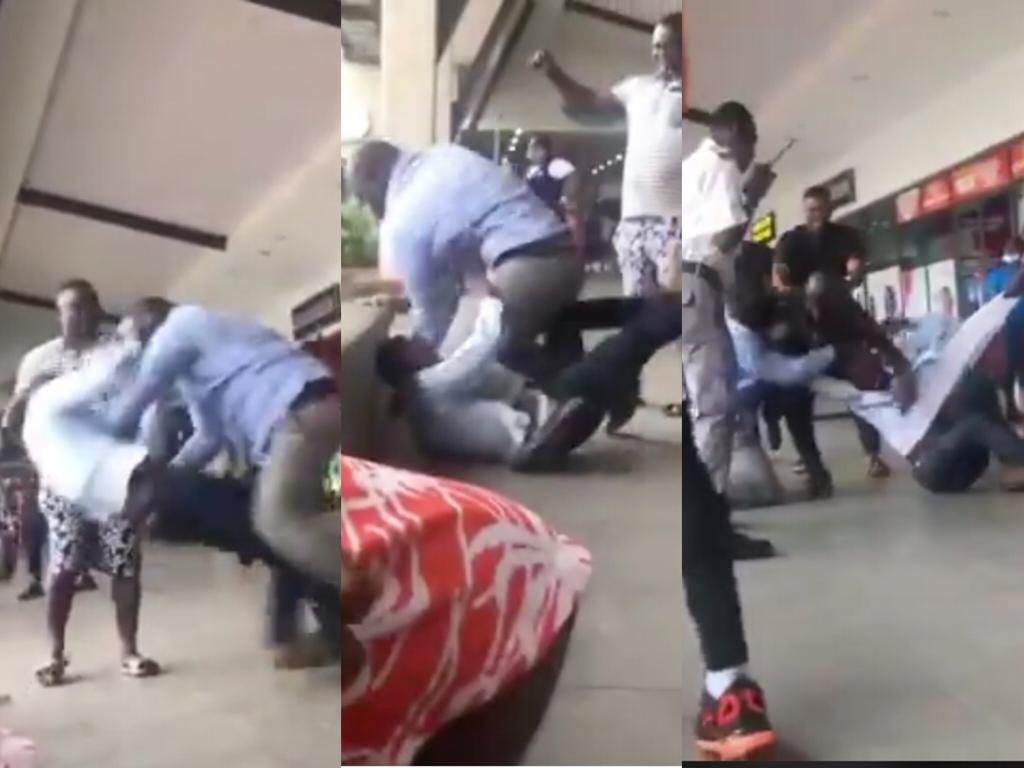 A new video available to this news portal shows scenes of a serious brawl between two customers believed to be members of the two leading political parties in Ghana, NPP and NDC.

The incident occurred earlier today the 10th of August, 2020 at the Kumasi City Shopping Mall as the two went to purchase groceries.

From the video, both of them were trying to pin the opponent onto the floor but was not successful.

However, they both touched the floor at one point in time before onlookers rushed to separate them before things went out of hand. 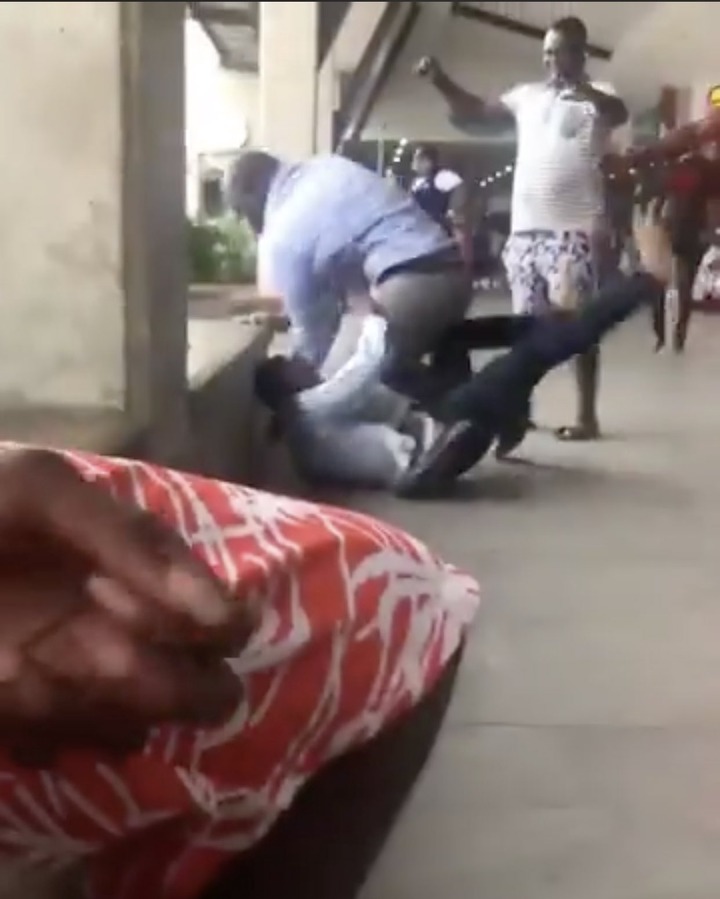 According an eye witness only identified as Oscar Nuwati, the fight erupted between the two men because of an argument over which political party built the mall.

Narrating the cause the fight to the question, Oscar wrote; 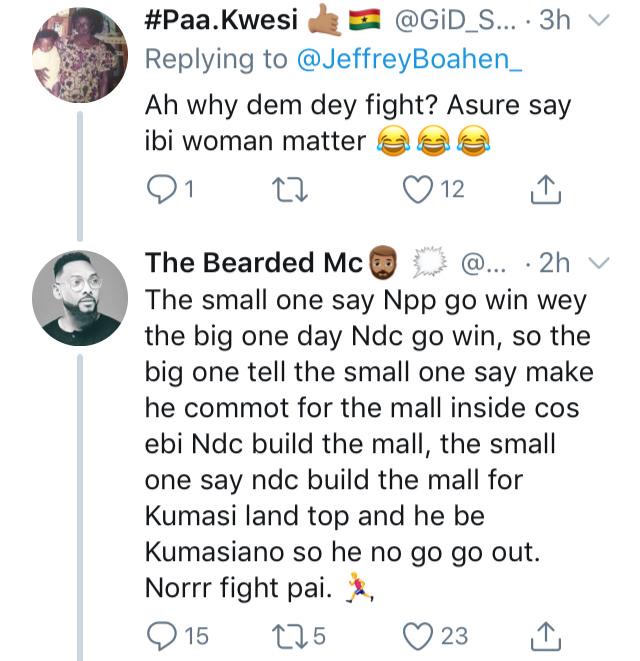 I Will Choose Joe Mettle Over Shatta Wale- Daakyehene