No One Can Stop Us; We Are Demonstrating - FixTheCountry Campaigners To Police
Advertisement 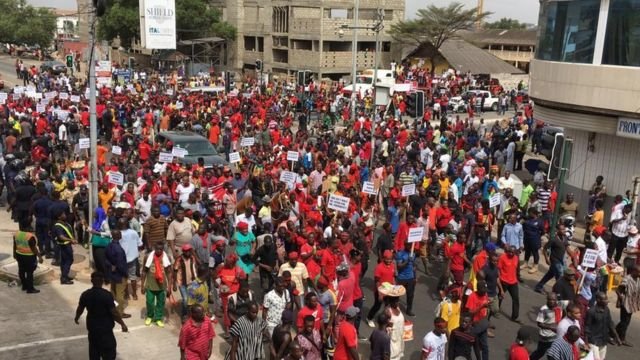 Oliver Barker-Vormawor, one of the conveners of the #FixTheCountry movement says no one can stop them from demonstrating following the ruling of the Supreme Court.

“There’s no ban on us and nothing banning us from going ahead with the demonstration,” Barker-Vormawor stated on Morning Starr on Starr103.5FM and monitored by Enewsghana.com.

His comments come on the back of a warning by the Ghana Police Service to the public not to participate in any call for demonstration by the #FixTheCountry movement.

According to the police in a statement released on Tuesday, the planned protest is not in compliance with the provisions of the Public Order Act.

The statement further noted that the substantive case between the police and the conveners on the right to demonstrate is “still pending at the High Court (Criminal Division 1).

The case is slated for hearing on Monday, June 14, 2021. Commenting on the police warning, Barker-Vormawor said the police relied on “expired law” in issuing its warning.

“Demonstration is one of the ways Ghanaians speak and it must lead to something better so we are still planning and when that happens, Ghanaians will know,” he stated.

It will be recalled conveners of the social media protest dubbed #FixTheCountry were set to hit the street on May 9, 2021.

They wrote to the police to notify them of their intention to storm the streets of the capital in demand of an end to the excruciating hardships in the country.

The police, however, secured an injunction against the massive demonstration.

The campaigners filed an application at the Supreme Court seeking to set aside the order of the High Court.

The Supreme Court’s ruling on Tuesday, 8 June 2021, paves the way for the organisers to go ahead with the demonstration.

Conveners of the #FixThecountry movement and some unhappy Ghanaians on Twitter have been venting their anger over what they say is the failure on the part of successive administrations to improve the lives of the citizenry through the hashtag, “Fixthecountry”.

Tens of thousands of posts have been made on social media highlighting some of the challenges with the Ghanaian economy.

The online protest had been trending for days amid rival campaigns highlighting the achievement of the Akufo-Addo administration.