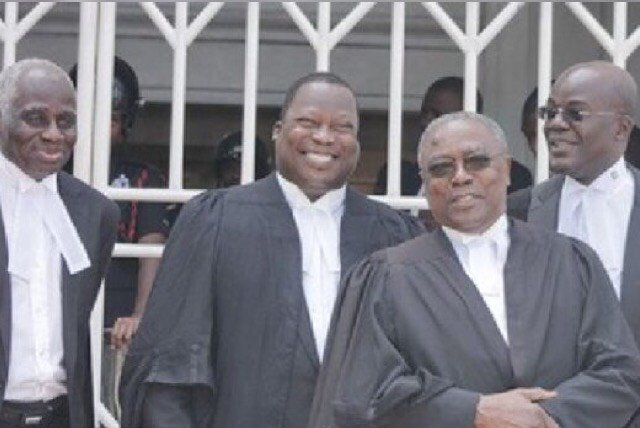 Top-notch lawyers’ names have been brought to the public known as those who will represent the biggest opposition party in court following the 2020 elections dispute.

It is established that the National Democratic Congress (NDC) has come out with a lot of information about the Electoral commission declaration and is expected to present them in the law court.

The Electoral Commission declared Nana Addo Dankwa Akufo as the president-elect in the republic of Ghana.

Read Also:  Why Has Ghana Accepted the COVID-19 Vaccine That Was Rejected By Other Countries?

The emerging report has it that the National Democratic Congress (NDC) has come out with the date they will send their petition to the court and also top prominent lawyers who will defend them at the court verdict.

Read Also:  We Have Proven That No Candidate obtained More Than 50% – Tsikata’s Final Address To The Supreme Court

These are the names of the top prominent lawyers NDC party has announced to the public;

The first on the list Lawyer Tsatsu Tsikata following the rest.

And the last is Lawyer Sammy Gyamfi who is the communication officer for the National Democratic Congress.

Under the laws of the electoral commission, you can challenge the election results between 21 days which ends 30th December.