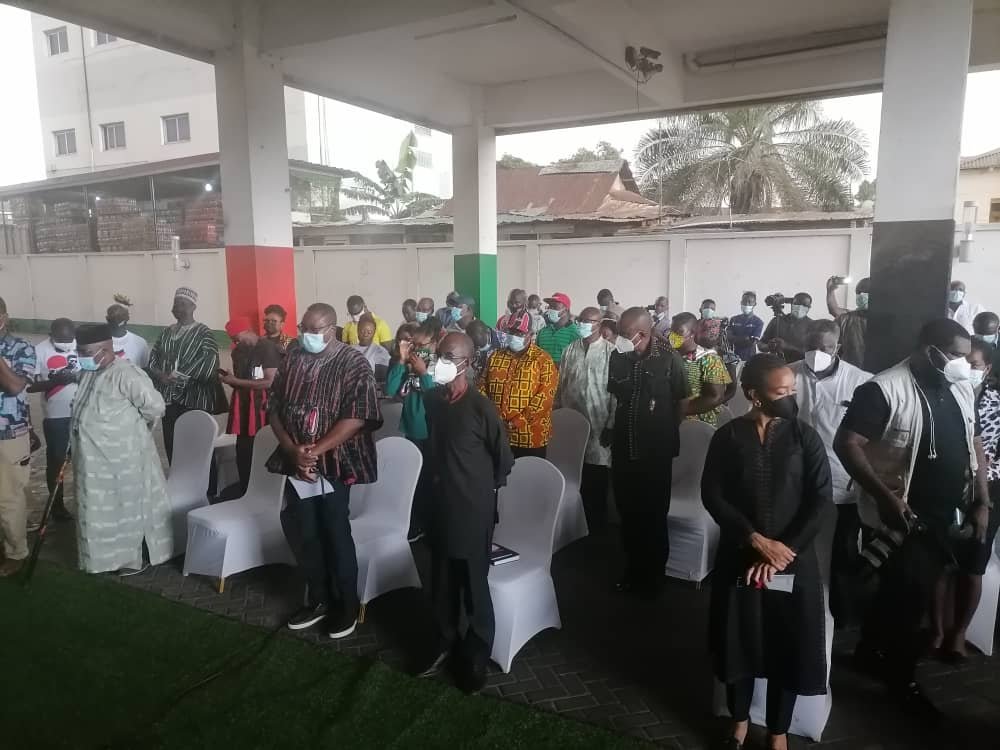 The National Democratic Congress (NDC) has commemorated the 42nd June 4 uprising with a call on members to defend the revolution in the country.

The event, held for the first time without the party’s founder, Jerry John Rawlings, came off at the National Headquarters under the theme: The relevance of June 4 to contemporary Ghanaian.

Party executives and scores of sympathisers defied a heavy downpour on Friday, June 4, 2021, to commemorate the anniversary in honour of its late founder.

Read Also:  Who are They to Dictate Good and Evil, if They Themselves are Evil? Donald Trump Hails Nigeria's Twitter Ban

The Chairman of the NDC, Samuel Ofosu-Ampofo, General Secretary Johnson Aseidu Nketia, Member of Parliament for Klottey Korle and daughter of late President Rawlings, Dr Zenator Rawlings were present at the ceremony.

Others were former Minister of Information, Fritz Baffuor and Director of Elections, Elvis Afriyie-Ankrah.

The speakers, who took their turn to address party faithful, noted that the downpour signifies the presence of Mr Rawlings in their midst.

Read Also:  'Nana Akufo-Addo Is By Far And Away, The Most Pampered President In History' - NDC's Felix Kwakye Ofosu

Meanwhile, the first daughter of architect of the June 4, 1979 revolution, Zanetor Rawlings has cautioned political leaders against mistakes that could create a fertile ground for recurrence of an uprising in the country.

According to her, leaders of the county have managed to undermine the principles of probity and accountability, a situation which led his father, Flt. Lt. J.J. Rawlings, to stage the June 4 revolution.

Speaking to JoyNews’ Kwesi Parker-Wilson in commemoration of this year’s anniversary of the June 4 uprising, the daughter of the late Statesman said: “I wonder if Ghanaians are being careful enough to avoid making mistakes that could result in a reoccurrence of the June Fourth Revolution. This is the most enduring republic we’ve had since independence and we must endeavour to protect it.”

‘Nana Akufo-Addo Is By Far And Away, The Most Pampered President In History’ – NDC’s Felix Kwakye Ofosu