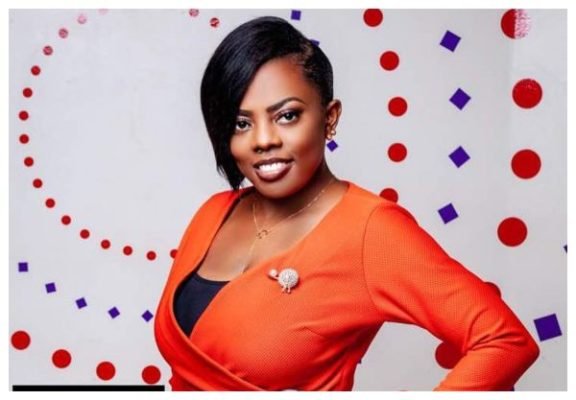 Newscaster, Nana Aba Anamoah, has been crowned over-all winner of the 2019 edition Radio and Television Personality (RTP) of the Year, for the second conservative time and she has dedicated the award to her “evil best friend”.

The “State of the Nation”, host beating competition from Stacy Amoateng, Abeiku Aggrey Santana, Patrick Osei Agyeman, Bernard Avle and Umaru Sanda Amadu, took to social media to disclose how her career practically got smashed due to the evil intentions of a best friend some years ago.

According to the celebrated news anchor, even though she feels remorseful for not forgiving her friend when she expressed regret, she is endlessly appreciative of the “Juju woman” who was supposed to have destroyed her life for drawing her attention to the friend’s objective.

She said, “Last night, I was named the TV Development show host of the year and the biggest of the night, RADIO and TV Personality of the year”.

Read Also:  Selfishness or Greediness; Becca Follows Only Her Husband on Instagram

“I dedicate this to a best friend from 8 years ago who dragged me and every present I ever got her, to a juju woman to destroy the love and affection Ghanaians, colleagues and bosses had for me at the time. I also dedicate this to the juju woman who decided against it and found a way to bring this to my attention. God loves a clean heart. Sister, I’m happy to see you doing your very best on TV. My biggest regret was not forgiving you early enough. I pray God blesses your efforts with one of these awards soon. I still love you”.
“To all those who voted for me, YOU ARE PERFECT. Thank you for your part in my journey. I don’t take it for granted”.

“I think I deserve Kenkey and goat stew this morning,” she added.

Share with Friends:
Related Topics:Nana Aba AnamoahRTP Awards
Up Next

I’m a bad boy, but I did not sleep with Ebony – Bullet

Angelina Jolie: Strong women are ‘shaped by men around them’