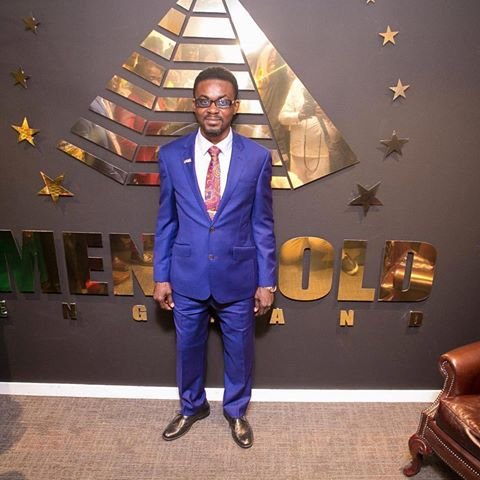 The Chief Executive Officer (CEO) of the now-defunct gold collectables company, Menzgold, NAM 1 has announced that as a goodwill gesture to customers of the embattled gold dealership firm, 500 residential plots of land have been reserved for them.

Nana Appiah Mensah made the announcement via Twitter on 12 September 2020 in commemoration of two-year anniversary of the collapse of the company.

While recounting the measure of pain caused by “many losses”, NAM1, as he is also called, noted that “refreshingly, we celebrate many successes.”

According to him, one of such successes is Zylofon Hills.

He explained that Zylofon Hills is an “envisioned” modern smart city in the offing.

He tweeted: “12th Sept 2018; in retrospect, we’re pained by the many losses we count. Refreshingly, we celebrate many successes. We commemorate today with an over 4,000-plot envisioned new smart city coming up. As a goodwill gesture, 500 residential plots are reserved for Menzgold customers.”

Meanwhile, an Accra High Court placed an interim injunction on an intended commemoration of the anniversary by the Coalition of Aggrieved Menzgold Customers Ghana Limited.

The Inspector-General of Police (IGP), Mr James Oppong-Bonuah, filed an order to prohibit the holding of the intended event.

In the order issued on 11 September 2020, the court noted that: “It is hereby ordered that the respondents, the Coalition of Aggrieved Customers of Menzgold Ghana, Isaac Nyarko and Fred Forson are hereby restrained from the intended demonstration to commemorate two years of the collapse of Menzgold Company.”

The Coalition of Aggrieved Customers of Menzgold had announced a wreath-laying ceremony in memory of the over 64 customers who lost their lives due to their locked-up investments in the gold dealership company.