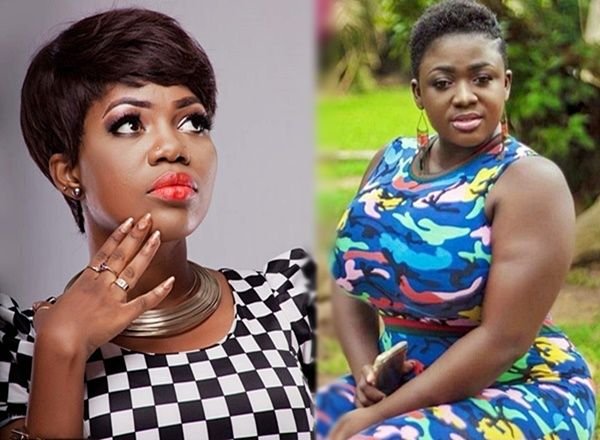 When Ghanaians thought the ‘Papa no’ saga feud between Mzbel and Kumawood actress Tracy Boakye has been buried forever, the ’16-years’ hitmaker has resurrected the feud in her latest Instagram post.

The Ghanaian veteran hiplife singer and the Kumawood actress, born Belinda Nana Ekua Amoah, have been involved in heated banter since August 4, 2020.

Read Also:  2021/22 MTN FA Cup: Bechem United To Face Hearts of Oak In The Finals After Beating Aduana Stars
The banter started gaining public attention when Tracy Boakye went ballistic on a 40+ old rival. Hours after Tracey’s nasty rants, it emerged that she was referring to MzBel and the 40-year-old singer also replied her in an equally dramatic way.

The slayqueen said the married man in question has now shunned Tracey and she thinks she (MzBel) is the one who caused it. The singer also added that the actress is pissed over her new house over rumours that the man bought it for her.

Well, Mzbel’s Instagram post suggest that the ‘Papa no’ saga is set to be revived, she captioned the photo as, “Papano Abrewano 💋”

Following their back and forth on social media, it emerged that the two are fighting over a sugar daddy they were both dating.
Many people have been wondering who could be the man at the centre of the brouhaha.
“Papa No” became a term associated with an unknown sugar daddy who is said to be a prominent Ghanaian politician and sources allege that he doesn’t waste time when he meets a young girl ready to warm his bed by splashing cash on them.
Share with Friends:
Related Topics:'Papa No'Featuredkumawood actressMzbelTracy Boakye
Up Next