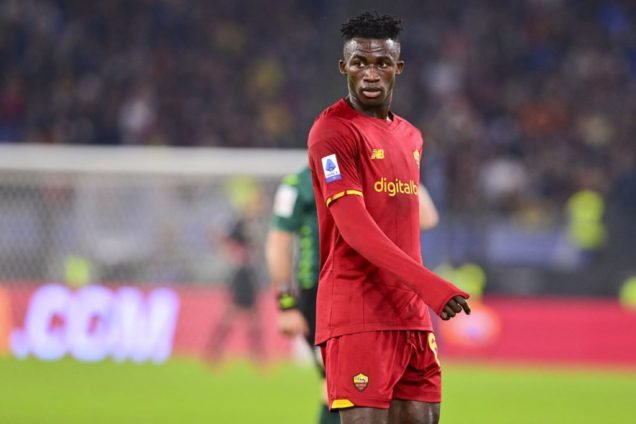 AS Roma player, Felix Afen-Gyan has disclosed why he snubbed his maiden call-up to the Ghana national team earlier this month.

The Ghanaian youngster was handed his first national team call-up by Black Stars  head coach, Milovan Rajevac in his 28 provisional 28-man squad for the world qualifiers against Ethiopia and South Africa.

However, Felix Afena-Gyan failed to honor the invitation to play for Black Stars.

During an interview with ace Italian sport journalist Gianluca Di Marzio, the AS Roma promising young striker revealed that he didn’t feel the time was right for him to wear the national jersey.

According to him he felt it was too early for him because he needs to develop himself physically, mentally and psychologically.

“I felt it was too early for me to answer the call from the national team because I need to grow, physically but also mentally and psychologically,” Afena-Gyan said.

The promising forward added that he also needed to train more under his new boss at AS Roma, Jose Mourinho.

“I also thought it was important for me to stay in Trigoria to accumulate training under [Jose] Mourinho’s orders, to continue improving and growing.”

The Ghanaian also added that despite not responding to the call-up, he hopes to be a part of the team in the coming years.

“I have a lot of respect for my national team and I hope to be part of it in the future. The coach asked me if I would go and I told him I didn’t feel ready yet. But it was my decision. I thought it was premature for me to take such a step,” he concluded.

Meanwhile, Ghana went ahead to draw with Ethiopia in the penultimate game before beating Bafana Bafana with a 1-0 scoreline.

I Don’t Fear Getting Sacked By Hearts of Oak, If…… – Coach Samuel Boadu