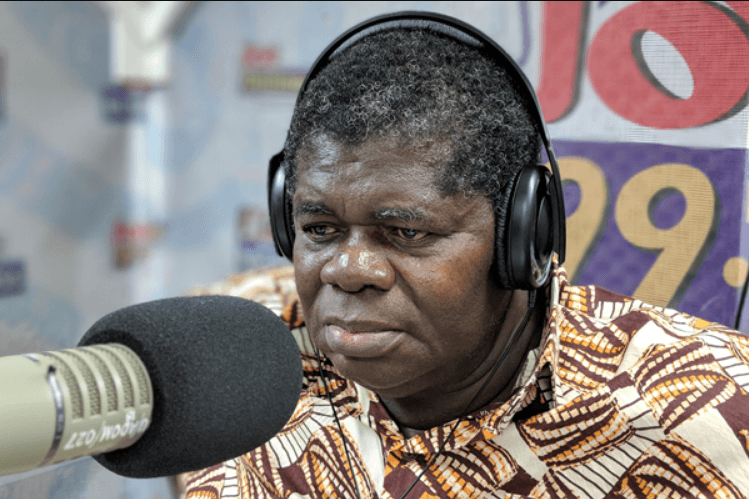 Legendary Ghanaian actor, Psalm Adjeteyfio popularly known as T.T has narrated how his ex-wife maltreated his children anytime he was away from home.

Video has popped up on social media which has the Taxi Driver actor speaking heart to heart with Deloris Frimpong-Manso on Delay Show 3years ago.

While lamenting, Psalm Adjeteyfio stressed that he could have ended up in prison if he had noticed earlier the bad treatment his ex-wife gave to his children anytime he went out to shoot movies.

According to him, his children hated him because of the way their step-mother was treating them. He added that his children never told him this until some years later.

Narrating the whole thing, he said his ex-wife would use her heels to drive the vulva of his daughter after beating her mercilessly.

He recounted how his ex-wife mixed water with stew and gave to his son to eat after sending him on an errand.

According to him, he is a very considerate man but he hates wickedness and he got to hear all these stories later after the ex-wife had left the marriage.

He noted that if his children had told him all these stories earlier, he would have given the woman the beating of herself which eventually lead to her death.

He revealed that all his children which born through C-section which caused the death of his first wife.

Psalm noted that anytime he remembers the way his ex-wife maltreated his children he always feel anger and hatred for her but it will take some part for him to forgive her.

TT broke down in tears while sharing one thing he has regretted in life. According to him, he abandoned his children because of a ‘demon’ possessed woman.

He said his children who he abandoned years ago are the ones taking care of him.

He added that he struggled before he reconciled with his children and urged all fathers to learn from his mistake to never abandoned their children no matter what.