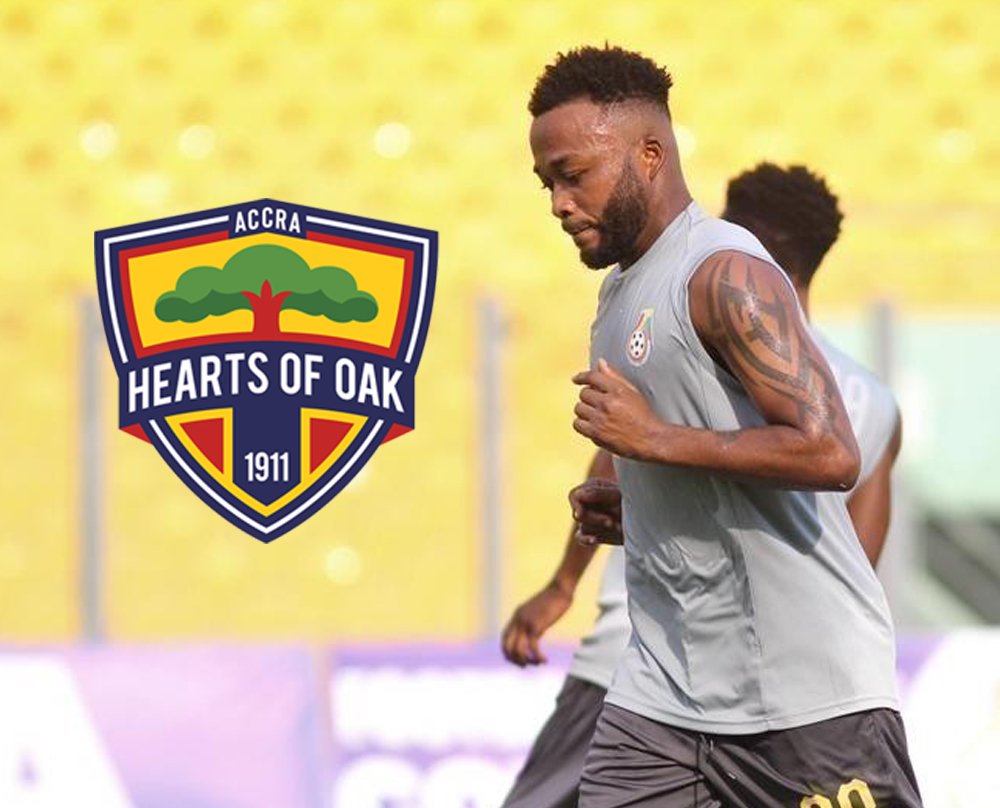 Accra Hearts of Oak new signing Gladson Awako who’s yet to make his debut for the club has finally broken silence on why he hasn’t featured for the Phobians.

The Great Olympics captain joined Hearts of Oak in a deal worth of GH₵100,000 in a two-year deal but left the team’s camp after three weeks.

Recall, Enewsghana.com reported that Gladson Awako reason for not joining Hearts of Oak to train was due to some spiritual problem which was widely reported locally.

But, the former TP Mazemba and Berekum Chelsea player returned back to join the team on Tuesday, November 23, 2021, joining his teammates in camp ahead of their CAF Confederations Cup match against Saoura FC.

Speaking in an interview with TV3’s GPL express, Awako disclosed what accounted for his absence.

The 30-year-old playmaker disclosed that ill health was to account for his absence from the camp of the Ghanaian Premier League champions.

He said ‘runny stomach’ caused his surprise three months absence from the club.

“I asked for permission from the club and they granted me that permission to go and treat myself. I don’t believe there was any other thing like what people were saying was totally different.

“I have not been able to say anything since this speculation came out that ‘I said this, I said that. I never ever said I’m having these problems or I’m having this and that. I’ve never said anything. So I’m sorry I don’t know where these speculations were coming from,” he said.

He could make his debut for Hearts of Oak against JS Saoura on Sunday, November 28.