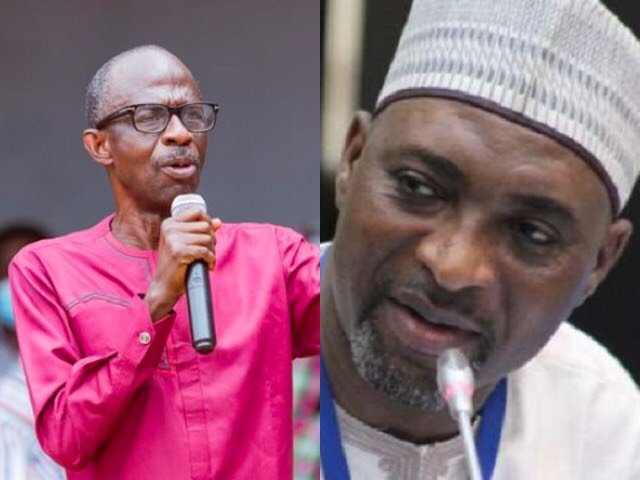 General Secretary of the National Democratic Congress (NDC), Johnson Asiedu Nketia has praised Asawase MP for what he described as heroics displayed in Parliament during the election of a Speaker for the 8th session.

Speaking on Accra FM Ghana Yensom on Monday he noted that the acts of bravado by Muntaka deserved laurels because he stood for democracy by preventing wrongdoing in the Chamber of Parliament.

READ ALSO; The Law Does Not Make Any Provision For ‘Acting Ministers’ – Haruna Iddrisu Schools Akufo-Addo

“We (NDC party) celebrate Muntaka because he stood for the Constitution of the Republic of Ghana, he stood for democracy by preventing wrongdoing in the Chamber of Parliament. Such people, we celebrate them…we honour them. I hear people saying polling booths were kicked and ballot boxes were taken but they are legitimate actions that were intended to prevent wrongdoing. I don’t condemn such action, I rather praise them and even if I had an opportunity I will ensure they are awarded a prize. Any other person who will do as Muntaka did if there’s ‘democracy price’ it must be awarded to the person,” he said.

Muntaka was seen kicking the voting booths and removing the ballot box from its original position during the voting process as he was advocating for his colleague MPs-elect to go strictly by the Standing Orders of Parliament which required them to cast their votes secretly.