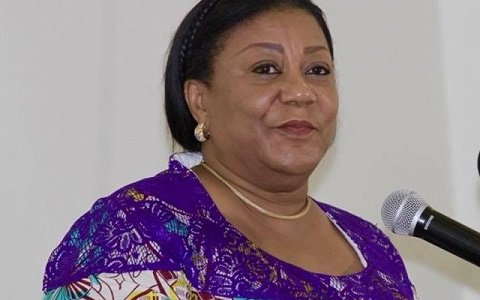 Following the massive public backlash, the First Lady, Rebecca Akufo-Addo has decided to return all allowances paid to her by the state since 2017.

Mrs Akufo-Addo served notice she is returning to the government some GHC899, 097.84 paid to her as allowances since 2017 after a public hue and cry over a decision to pay her and the second lady, Samira Bawumia, monthly salaries.

In a statement signed by the Director of Communications at the Office of the First Lady on Monday, July 12, Madam Akufo-Addo noted that she did not request to be paid any allowance and that “She only received that which existed and attached to her status, albeit informally”.

“In view of this, the First Lady, in consultation with the President of the Republic, has decided to refund all monies paid to her as allowances from the date of the President’s assumption of office, i.e., from January 2017 to date, amounting to GHC899,097.84.

“The First Lady has also decided not to accept any monies that have been allocated to be paid to her pursuant to the recommendations of the Ntiamoa-Baidu Committee, as approved by Parliament,” the statement added.

The decision to put the two spouses on the government’s payroll was based on a recommendation made by the Presidential Committee on emoluments for Article 71 officeholders.

The five-member Professor Yaa Ntiamoa-Baidu committee was set up in June 2019 by President Nana Akufo-Addo.

The matter which became public last week has resulted in criticism of the Akufo-Addo administration.

The Trades Union Congress (TUC), also kicked against the recommendation for wives of Presidents and Vice Presidents to be paid monthly salaries.

The group insisted that the spouses have not been assigned any specific roles in the constitution and “therefore, they are not qualified to receive salaries from the public purse.”