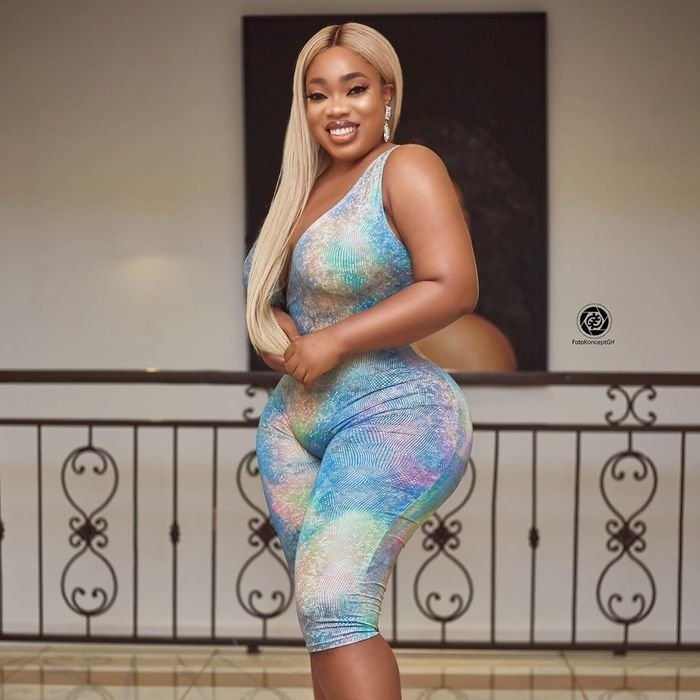 In the new photo of the Instagram goddess, the actress had made the shores of the beach into her bed as she was photographed lying on the bare sand.

The photo also saw the actress wearing a beautiful lime-coloured swimsuit which saw her lying pretty in the sand.

Due to the kind of pose that the actress had struck, she gave her teeming fans something to gaze upon and definitely a lot to talk about.

Moesha Boduong looked away from the camera and also set her sights on her amazing physique just as her fans would.

This photo would not be the first of its kind as the actress has been noted for serving her fans with jaw-dropping beach photos in the past.

As a result, after posting the photo, there was no better way to caption it than to tell her fans that she loved the see like a fish.

Soon after, her fans flooded the comment box with their thoughts on her photo, including the controversial media personality, Afia Schwarzenegger also commented.

Ray Styles Last Message Before He Passed Away