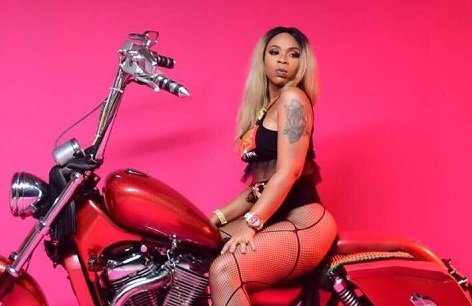 Shatta Wale ex-girlfriend and baby mama, Shatta Michy has caused a stir on social media with her latest photos.

Shatta Michy  who is in Maldives Island in South Asia took to Instagram to splash photos from her vacation.

Per the photos sighted by Enewsghana.com, Michy gave some crazy poses in her bikini as she gives her fans a glimpse of her activities.

The musician born Michelle Diamond explained that the vacation is part of her birthday she celebrated two weeks ago.

One of the photos she posted captured an unseen man holding her hand.

This photo has sparked a rumor that the unseen man is her new boyfriend after she left dancehall singer, Shatta Wale.

Michy wore a matching bracelet with the faceless person as she beamed with smiles for the camera.

Sharing the photos on her IG page, she captioned it, “Baecation.”

This post has garnered a mix reactions from her followers on social media.

While some were happy and congratulating her, some were unhappy about the announcement.