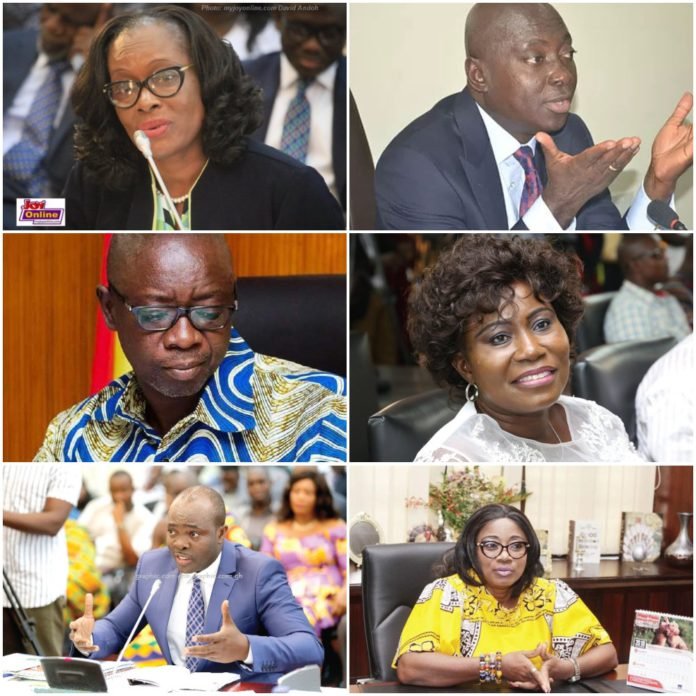 President Nana Addo Danquah Akufo-Addo has released the names of persons he has nominated for designated ministries, pending approval from parliament.

The names as released on Thursday afternoon includes that of many former ministers who served in his first term of office.

Likewise, the release of the names also reveal that some hitherto very powerful ministers in his first tenure have lost their jobs.

The names of the minister so booted out include the likes of Gloria Akuffo, now former Attorney General, Halima Mahama who was minister for Local Government and Kwaku Asomah Cheremeh of the Lands and Natural Resources Ministry.

Also shown the exit are the likes of Atta Akyea who headed the Works and Housing ministry, Elizabeth Afoley Quaye of the Fisheries and Aquaculture ministry as well as Cynthia Morrison of the Gender ministry.

Kofi Dzamesi of the Chieftaincy ministry and Isaac Kwame Asiamah of the Ministry of Youth and Sports have all been shown the exit.

The list also has the likes of Anthony Akoto Osei who was Minister for Monitoring and Evaluation, Barbara Oteng Gyasi who headed the Tourism ministry; Joe Ghartey of the Ministry of Railway Development, Kofi Adda of the Aviation ministry as well as Prof. Frimpong Boateng of the Environment, Science and Technology ministry.

Also on the list is Mr Osafo Marfo whose designation was Senior Minister.

READ ALSO; Sam George Reveals How He And Muntaka Deceived NPP MPs To Come To Parliament At 4am