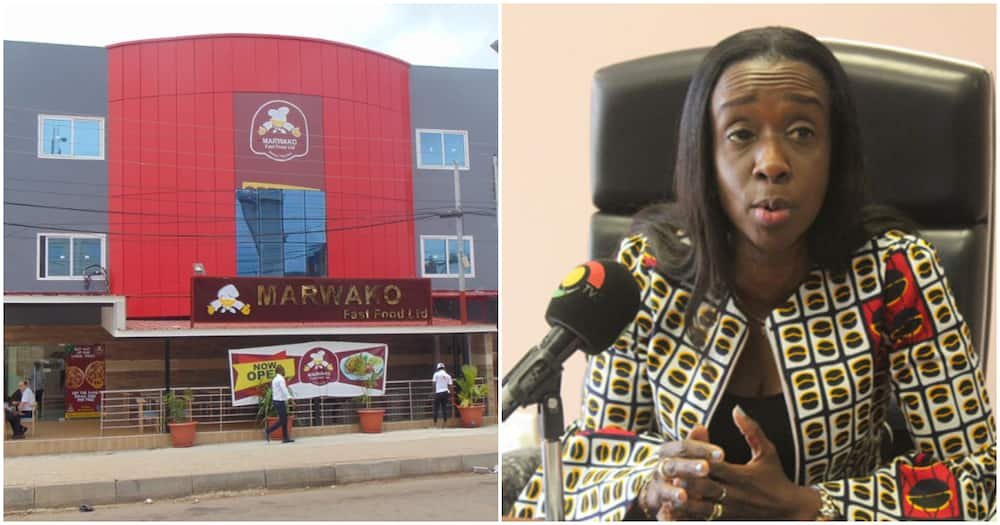 The Director of Legal for Food and Drugs Authority (FDA) has said they cannot demand compensation for victims of the alleged food poisoning at Marwako’s East Legon branch.

Joseph Bennie said the Authority has no right to mount pressure on Markwako for amends in cash from the eatery to the affected persons.

Speaking in an interview with YEN.com.gh, the Director of Legal for FDA, however, said they can roll out sanctions in the form of ”a ban, fine, caution, or prosecution” in such cases.

The Acting Director’s comments come amid widespread reports of food poisoning at Marwako’s East Legon branch on social media, leading to the closure of the restaurant.

He said the FDA shut down the restaurant to prevent an escalation of reported cases of food poisoning.

”Investigations will conclude in not less than a week or more,” he told YEN.comgh, monitored by Enewsghana.com.

Enewsghana.com previously reported that the management of Marwako has appealed to the FDA to open other branches shut down after complaints of food poisoning at its East Legon branch went viral.

Public Relation Officer for Marwako Fast Food Ltd, Mohammed Amin Lamptey, said while the popular food business accepts the decision of the FDA, the industry regulator, it is only fair for the affected branch to be close down.

‘The FDA shut down of our branches is quite unfortunate and it is really something that is going to create another problem for Mawako Fast Foods Limited. In as much as we all know that it is an isolated case…we thought that the FDA will focus on the East Legon branch,” Lamptey told reporters on Thursday, May 12, 2022.