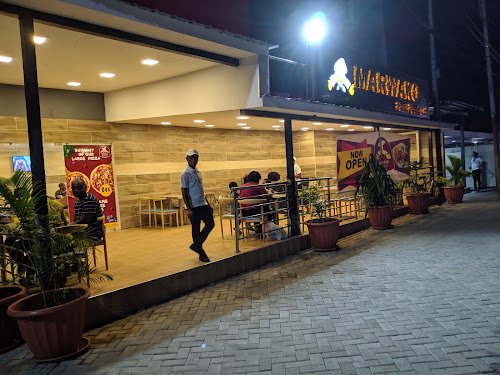 News gathered by Enewsghana.com has that the management of Marwako Restaurant has issued an apology to its customers who have been affected by suspected food poisoning from its East Legon branch in Accra.

The company has also agreed to foot the medical bills of all the customers who have been hospitalized.

Mr Amin Lamptey, the Public Relations Officer (PRO) of the company revealed this in Accra.

Mr. Lamptey said Marwako Restaurant has apologized to the victims.

“We visited some of our customers at the hospital and those who were discharged, we visited them at home. We assisted some of them with their hospital bills. The main thing started on Saturday and Sunday evening. We have accepted everything, and we have apologised to the victims.”

Prior to this, the Food and Drugs Authority (FDA) closed down the East Legon branch over the incident.

The FDA in a tweet said: “The FDA has taken notice of complaints from the public about the suspected food poisoning at the East Legon Branch of Marwarko Restaurant. We have closed down the restaurant and together with other relevant agencies, started investigations.”

“We wish to assure the public that the issue would be thoroughly investigated and appropriate actions taken. Additionally, FDA is ensuring the strict implementation of it protocols to prevent any further harm to the public.”

Marwako has been in the news for the past few days after one account (@deezydothis) tweeted that Marwako gave him the worst food poisoning ever.

Read Also:  Nkoranza Youth Clash With Police Over Death Of An Alleged Armed Robber
Share with Friends:
Related Topics:83%food poisoningMarwako Restaurant
Up Next

Marwako Food Poison: Authority Has No Mandate To Demand Compensation For Victims – FDA