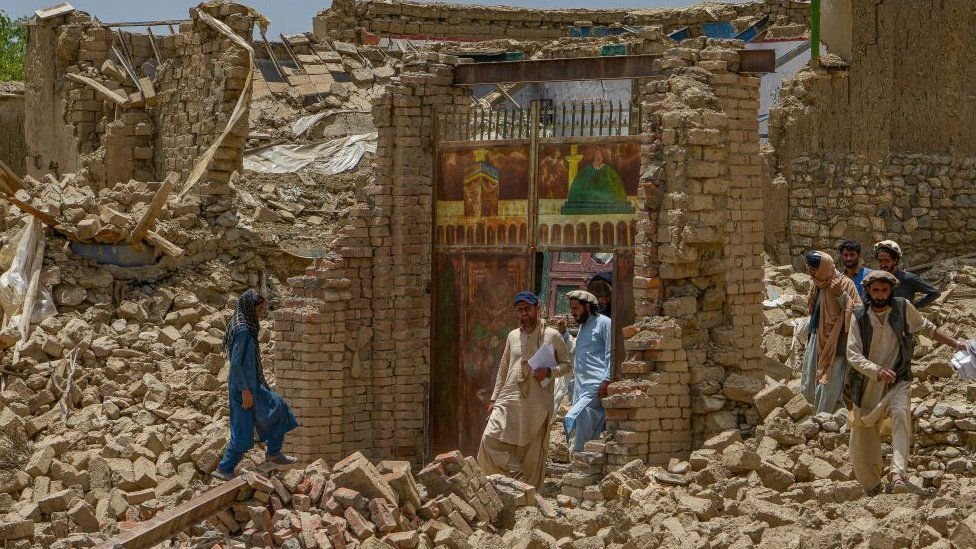 Doctors in Afghanistan have made it clear that many children may have been killed in Wednesday’s earthquake.

More than 1,000 people died in the disaster, and heavy rain, threadbare resources and rugged terrain are hampering rescue workers.

Unknown numbers were buried in the rubble of ruined, often mud-built homes by the magnitude 6.1 earthquake.

“We can’t reach the area – networks are too weak,” a Taliban spokesman was quoted by Reuters news agency as saying.

Survivors and rescuers have told the BBC of villages completely destroyed near the epicentre of the quake, of ruined roads and mobile phone towers – and of their fears that the death toll will rise further. Some 1,500 people were also injured, officials say.

The United Nations is among those scrambling to provide emergency shelter and food aid to remote areas in the worst-hit Paktika province.

Survivors and rescuers have told the BBC of villages completely destroyed near the epicentre of the quake, of ruined roads and mobile phone towers – and of their fears that the death toll will rise further. Some 1,500 people were also injured, officials say.

Most of the casualties found so far have been in the Gayan and Barmal districts of Paktika. Locals report dozens of villages collapsed.

One woman in a hospital in Paktika’s capital told reporters she had lost 19 family members.

“There was a rumbling and my bed began to shake,” another survivor, Shabir, told the BBC.

“The ceiling fell down. I was trapped, but I could see the sky. My shoulder was dislocated, and my head was hurt but I got out. I am sure that seven or nine people from my family, who were in the same room as me, are dead.”

One mother of six who was badly injured in the earthquake, Bibi, told the BBC many in her village had been killed, including seven of her own family members.

“We are very poor. We cannot reconstruct our homes again,” she said. “We have nothing to eat.”

All her family’s food supplies are buried under the rubble.

“There is nowhere to go,” she added. “I demand the Taliban rebuild our houses.”