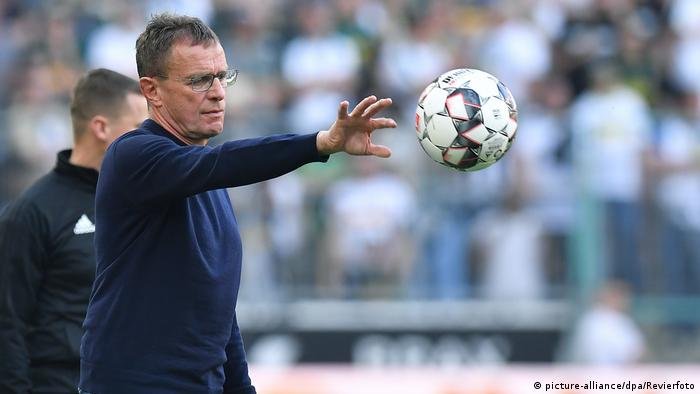 Premier League giants, Manchester United are poised to announce Ralf Rangnick, 63 as the new caretaker coach until the end of the season.

Ace Italian Sports journalist, Fabrizio Romano confirmed the rumours via his Twitter page that Man United have are still discussing with the 63-year-old German coach over a deal that would see Rangnick remain at the club two more years beyond the end of the season in a consultancy role.

Ralf Rangnick told Man Utd board on Monday he’ll accept this interim job only if future ‘consultancy’ with power on club choices will be included in the deal. Man Utd are prepared to accept this condition. 🔴🇩🇪 #MUFC

Talks now on with Lokomotiv as advanced by @TheAthleticUK. pic.twitter.com/VA3XSb0eef

Ralf Rangnick, the manager of sports and development at Lokomotiv Moscow, is one of the most respected names in German football and he’s close to replacing sacked Ole Gunnar Solskjaer at Man United in the next few days.

Meanwhile, the Reds Devils have already entered into negotiations with Lokomotiv Moscow over a new agreement to release the 63-year-old.

In a report filed by SkySports, current interim coach Michael Carrick is expected to be in charge as Man United face League leaders Chelsea on Sunday.

Deal not finalized yet – talks ongoing with Lokomotiv Moscow. Rangnick and Man Utd want to be respectful as he’s under contract. pic.twitter.com/wMFy9wseCE

Following the sacking of Ole Gunnar Solskjaer last week, Carrick has been placed in temporary charge while United conduct a thorough process to appoint a caretaker coach until the end of the season.

United are planning to make a permanent appointment at the end of the season and Paris Saint-Germain boss Mauricio Pochettino is their first choice, with Ajax head coach Erik ten Hag also in their thinking.