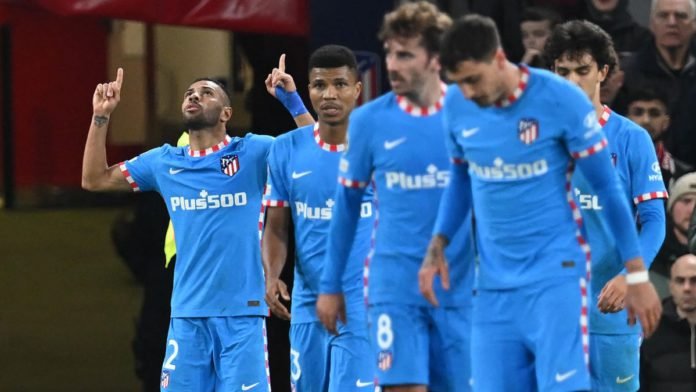 A first- half title from Renan Lodi was enough to take Atletico Madrid into the last eight of the Titleholders League against a Manchester United side who played well enough but eventually demanded a killer instinct at both ends of the pitch.

They didn’t look like implicit winners of the jewel, but no side will fancy facing them in the coming round.

United were the better side in an amusing first half and should have taken the lead through Anthony Elanga, but his shot hit Jan Oblak on the head.

Gradationally, however, Atleti enjoyed further of the ball, having a thing disallowed when Marcos Llorente went precipitously beforehand before teeing up Joao Felix, and also on 41 twinkles, Lodi headed home Antoine Griezmann’s cross in the midst of further dreadful United defending.

After the break United were again the better side, but plodded to produce much in the way of clearcut chances while always looking passable on the break.

They’ve a lot of work to do both now if they’re to reach this competition again, also in the summer, to avoid simply making up the figures. Neither of these effects feel likely.