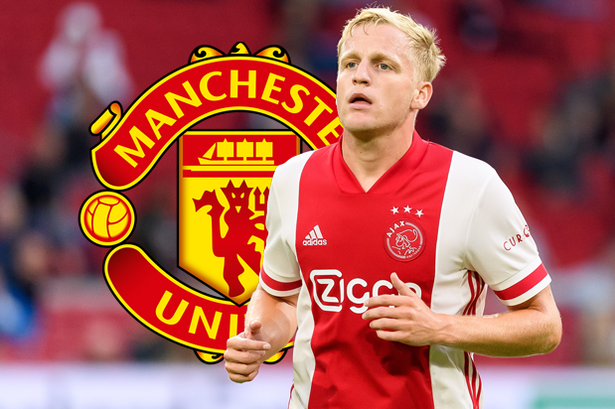 Manchester United have fought off a last-gasp bid from Tottenham to sign Ajax midfielder Donny van de Beek, according to reports.

The 23-year-old is expected to officially put pen to paper on a five-year contract ‘in the coming days’, as claimed by the Mirror, and head to Old Trafford for the £40million switch.

United boss Ole Gunnar Solskjaer ultimately proved the decisive factor in the late transfer tussle after convincing the highly-coveted Van de Beek to opt for his project and become the club’s first signing of the summer.

Read Also:  'I Think This Artiste Of The Year Award Came From The Gospel Masses'- Kuami Eugene Reveals

It is thought that United’s chief negotiator, Matt Judge, hurriedly sealed the agreement with Van de Beek after discovering Tottenham had made an audacious swoop this weekend.

The player is even believed to have informed his friends in Amsterdam that the charm offensive from Solskjaer was an integral part behind his decision.

United supporters are still awaiting their first signing of the summer having watched rivals Manchester City and Chelsea invest heavily in their playing squad in the current transfer window.

Back in June, Edwin van der Sar confirmed United were one of the many teams interested in signing Van de Beek.

He was left out of Ajax’s squad for their pre-season friendly against Eintracht Frankfurt on Saturday, with Ajax boss Erik ten Hag confirming the player’s omission from the squad was due to developments over his future. It’s currently unknown whether his absence was at the request of the player, Ajax, or a potential buyer.