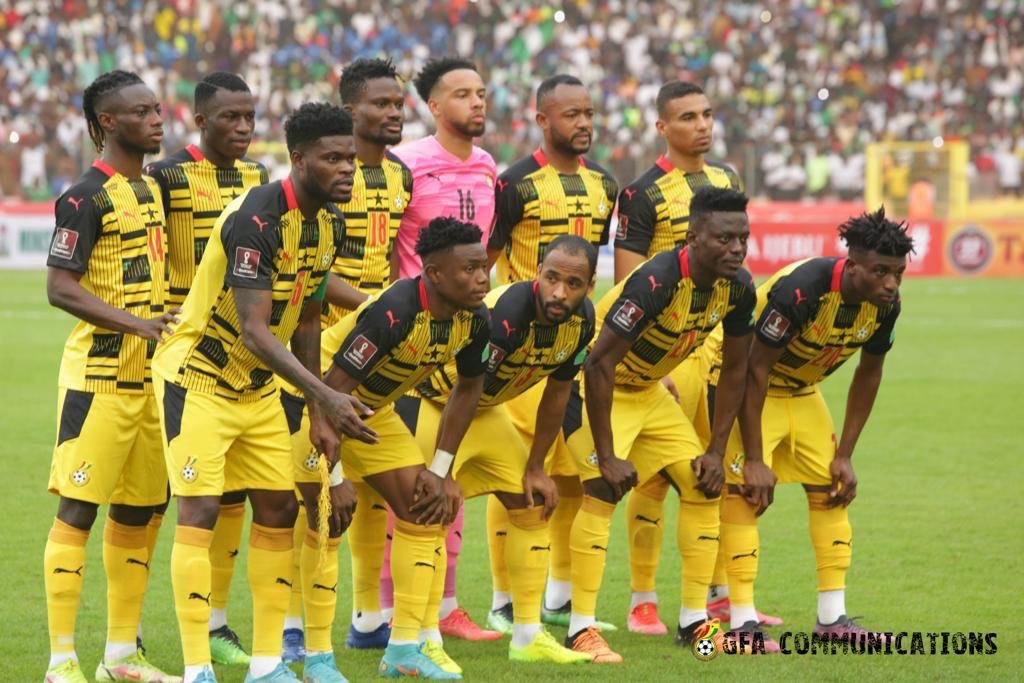 The President of Ghana his excellency Nana Addo Dankwa Akufo-Addo has charged the Ghana Football Association (GFA), to ensure that it maintains the current playing body and technical team of the Ghana Black Stars ahead of the country’s participation in the 2022 World Cup in Qatar.

Addressing the playing body, technical and management team of the senior national team, the Black Stars, at the banquet hall of the Jubilee House when they paid a courtesy call on him today 30 March 2022, President Akufo-Addo said the team spirit demonstrated by the technical and play body of the Ghana Black Stars is worth emulating by the larger Ghanaian society.

“I am hoping that the technical team that has been put together for these two matched will at least take us through the World Cup itself” President Akufo-Addo said.

“Mr Okraku, whatever you can do to make sure that the team stays together at least until Qatar, then afterwards, we can take the Long term decisions” Akufo-Addo added.

President Akufo-Addo also commended the senior national team, the Ghana Black Stars, for qualifying for the 2022 World Cup, noting that their victory has lifted up the spirit of the country. 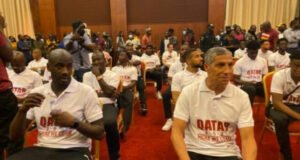 President of the Ghana Football Association (GFA), Kurt Edwin Simeon-Okraku, commended government for its unflinching support for association football in Ghana and for the senior national team.

He assured the President, Nana Addo Dankwa Akufo-Addo, the Vice President, Mahamudu Bawumia and the entire nation that, the GFA will do all within its power to prepare the Black Stars for a strong showing in the 2022 World Cup in Qatar.

President Akufo-Addo also announced that he has put together a special personal package for the Black Stars which will be presented to them in private.

In addition, he presented copies of the 2022 presidential diary first to the Interim Black Stars head coach, Otto Addo, and to Thomas Partey, the deputy captain of the Black Stars who captained the team for the World Cup play off games as well as the rest of the technical and playing body of the Black Stars.

The Ghana national team qualified with an away goal advantage after a 1-1 draw game against the Super Eagles in Abuja, Nigeria.

Ghana during the first leg of the two game play off, held the Nigerian national team to a goalless draw in Kumasi last Friday (25 March)

Thomas Partey opened Ghana’s account in the 10th minute to put the Black Stars in the lead before Nigeria equalized from the spot through William Troost-Ekong.

Ghana’s 2022 participation at the World Cup will be her fourth in the global football showpiece under the Akufo-Addo administration.

Ghana first qualified and participated in the World Cup in 2006 held in Germany, during the John Kufour Presidency.

In 2010, the Black Stars had their second World Cup opportunity in South Africa during the John Evans Atta-Mills administration.

Their third was during the John Dramani Mahama Presidency in 2014. The Stars however missed the 2018 World Cup held in Russia.

The 2022 World Cup will be the first of its kind to be held in the Arab world, and it will be the second World Cup held entirely in Asia after the 2002 tournament was held in South Korea and Japan.

In addition, the tournament will be the last to involve 32 teams, with an increase to 48 teams scheduled for the 2026 tournament in the United States, Mexico, and Canada.

Due to Qatar’s intense summer heat, this World Cup will be held from late-November to mid-December, making it the first tournament not to be held in May, June, or July.

It is to be played in a reduced timeframe of around 28 days. The reigning World Cup champions are France.

President Akufo-Addo also commended the senior national team, the Ghana Black Stars, for qualifying for the 2022 World Cup, noting that their victory has lifted up the spirit of the country

FIFA President Congratulates Ghana For Qualifying For The World Cup